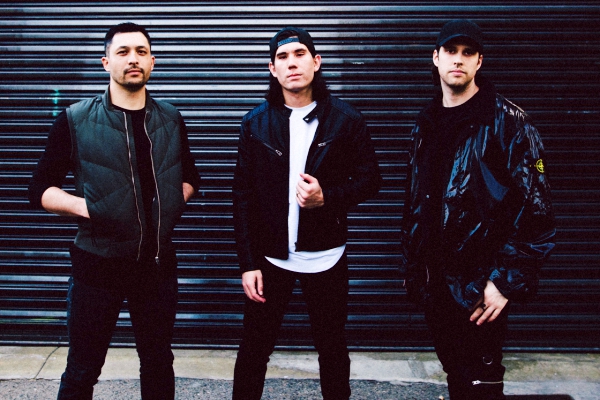 SLANDER & Gryffin – ‘All You Need to Know‘ – Los Angeles-based artist and producer Gryffin and L.A.-based production duo SLANDER have teamed up for a stunning new single called ‘All You Need to Know‘ featuring Calle Lehmann. The track is the first new release from Gryffin‘s forthcoming debut album Gravity, due out this summer via Darkroom and Geffen Records, and is his first collaboration with the fan-favorite bass artists and Gud Vibrations label co-owners.

With its warm textures and hypnotic drop, ‘All You Need to Know‘ perfectly merges Gryffin‘s melodic genius and SLANDER‘s artful basslines and immaculate sound design. Swedish singer and songwriter Calle Lehmann infuses each line with his undeniably lovely vocals, resulting in a track that’s soaring and euphoric.

In December, Gryffin released Gravity Pt. 1, a six-song EP that marks the first half of his debut album. Gravity Pt. 1 features a number of hit singles, including ‘Bye Bye‘ featuring Ivy Adara, which amassed nearly a million streams on Spotify in just one week, and appeared on coveted playlists like New Music Friday and Best of the Week. SLANDER recently released their ‘Kneel Before Me‘ with Crankdat featuring heavy metal band Asking Alexandria, and 3-track EP, The Headbangers Ball. They kicked off the new year with the release of their blissful, chill-bass track ‘First Time‘ with Seven Lions and Dabin, featuring Dylan Matthew.

Having recently completed The Gravity Tour, his biggest North American headlining run to date – Gryffin has a series of major festival dates lined up for this spring and summer, including his highly anticipated second appearance at Coachella. At the end of 2018, SLANDER embarked on their headlining The Headbangers Ball North American Tour, selling out each date including two shows at the esteemed Hollywood Palladium on January 11th and 12th. The duo was also featured on the cover of LA Weekly the very same month. See full list of tour dates below.