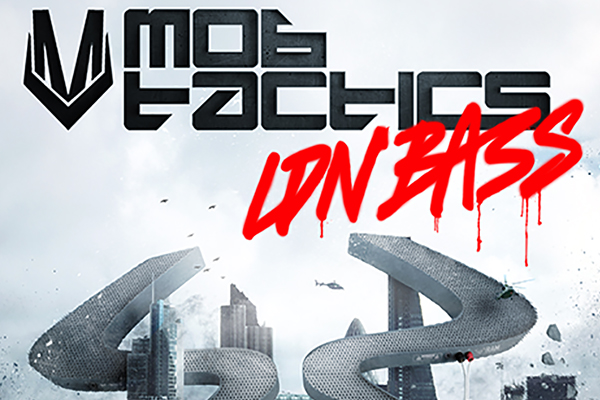 Knocking us for six today with their latest single is Mob Tactics, the drum and bass production duo from the UK. Previously working on solo projects, they first started releasing through their own label Tactical Recordings, before starting to land a couple of tunes on Ram Records.

The wicked ‘LDN Bass’ drops through Ram today, and is well worth picking up for the weekend ahead. Think heavy, rave-style builds here – fast, pitched vocals and jagged drum patterns picking the temperature up nicely. On reflection of the track, the guys say: “LDN Bass, like so many of our tracks came about purely by accident. It was originally going in the direction of a subtle roller, but as is so often the case with us, things took a turn for the more gnarly!

As the track progressed, we fully embraced our rave roots and turned it into a straight up, no nonsense teeth-grinder – aimed squarely at the dancefloor. It’s been getting a great reaction in the clubs, and even being our own harshest critics, we’re kinda proud of this one. Bass for your face, LDN!”