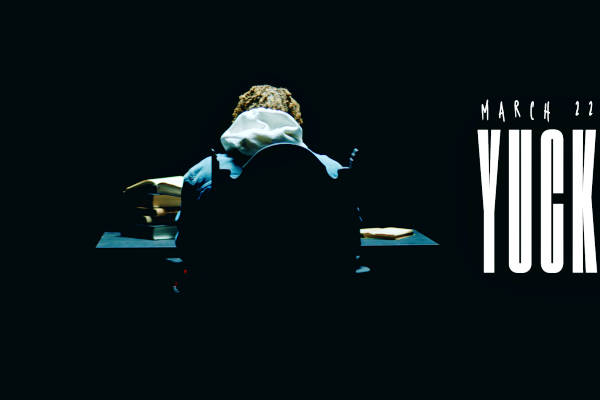 ‘YUCK‘ carries a personal story to it as well, ultimately meant to encourage people like JOYRYDE and GOLD who work hard behind the scenes at their craft while others live it up in the outside world. We’re reminded that these trend followers eventually pay the price of losing their individualism, however, as shown in the vivid video that comes with the track. It’s one of the grittiest records to date in JOYRYDE‘s catalog, while showcasing his groundbreaking abilities to blend urban and electronic influences into a refreshing sonic tale.

HARD Recs launched with the announcement of JOYRYDE‘s album and has already positioned itself as a premier platform for the next generation of greats across multiple genres from urban to electronica. The new branch of Insomniac Music Group made its entrance with a mission to emulate HARD‘s knack for discovering future legends across multiple genres—championed through cutting edge lineups seen at flagship events like HARD Summer, Day Of The Dead and cult favorite, Holy Ship!

JOYRYDE, who’s taken the dance space by storm with breakout hits like his Skrillex collaboration ‘AGEN WIDA‘ and accolades from Major Lazer, DJ Snake and beyond, epitomizes the class of artists you can expect to see on the HARD Recs roster moving forward.