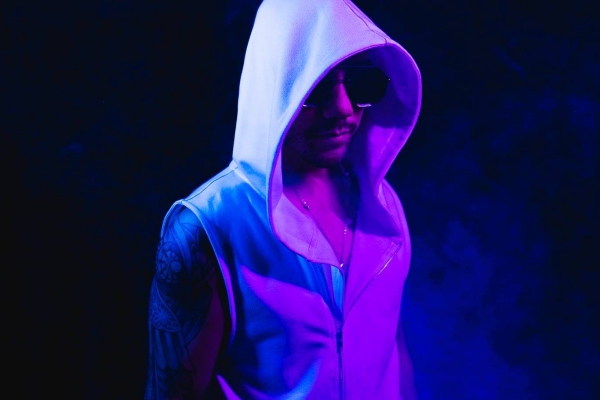 Cazztek & Damien N-Drix – ‘Thumpin Like‘ – Two stars of the new school combine on this new banger for STMPD RCRDS that pumps and thumps in all the right places.

Shuffling house beats and pumping bass toms kick ‘Thumpin Like‘ into life as a siren slowly filters into focus. A tense breakdown teases with horn blasts and white noise, and the bass-heavy drop lets a crazy array of horn samples fly over wobbling low end. Infectious rap vocals add more energy before a mystical breakdown full of Eastern vocal tones creates a spooky vibe. The spectacular groove mixes the best in UK bass and house and just the right tinge of Latin flavour, making this a cutting-edge production.

Having released on Tchami‘s label Confession and Spinnin’ Records, Cazztek was named Beatport‘s #6 Artist To Watch in 2016 and has consistently impressed ever since. A big remix of Kygo and Dillon Francis‘ ‘Coming Over‘ was a notable smash, just like his own track ‘Came To Get Funky.’ The likes of Hardwell, Don Diablo and Laidback Luke are all fans.

Damien N-Drix is from the south of France and has found fame with his funked-up house sound, with tracks like ‘Let It Ring‘ and his Felix Jaehn collab ‘Keep Your Head Up.’ His remixes for the likes of Tujamo, Dada Life and Matisse & Sadko have been instrumental in bolstering his success with originals on labels like Spinnin’, Musical Freedom, Mad Decent and DIM MAK.