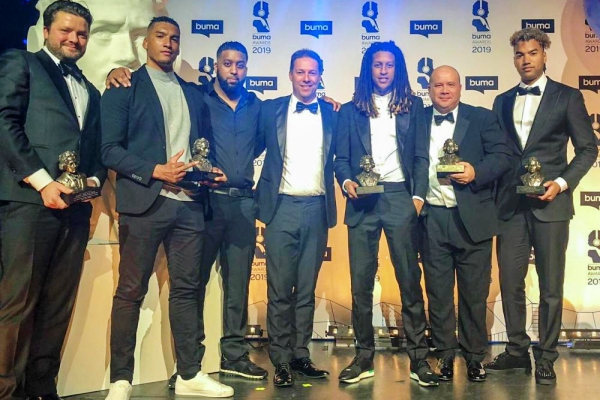 Afro Bros – International Awards 2019 – Dutch DJ and producer act Afro Bros have won international awards for their production work of Nicky Jam and J Balvin‘s global hit ‘X.’ Recently, they received an ASCAP Latin Music Award, followed by the renowned Dutch Buma Award International. “This is incredible! We’re so proud, thanks to our team and everyone who supports us for reaching this very special milestone,” say the Afro Bros in a first response.

Hailing from the Dutch city of Arnhem, the Afro Bros are exclusively signed on Spinnin’ Records and MusicAllStars Publishing, where they’ve already scored millions of streams with hit singles ‘18+‘ and ‘So Much Love.’ Meanwhile, the guys are also an in-demand productional team, working with acts like Major Lazer and Dutch acts like Boef, Supergaande and Ronnie Flex (with whom they won two Buma Awards last year).

2018 saw them hit worldwide success together with Nicky Jam and J Balvin, with whom they produced ‘X.’ Within a few days upon release the music video already scored 50 million YouTube views, by now it counts a staggering 1,5 billion views!

After being nominated for a Latin Grammy Award late 2018, the guys also received a nomination for the prestigious ASCAP Latin Music Awards, which they gloriously won last week during the official award show in Puerto Rico.

Last night, this was followed by winning the #1 Buma Award International, the most acclaimed prize in the Dutch music industry. Another milestone in the career of the Afro Bros, “These awards mean a lot to us. It’s recognition for the musical path we’ve taken, with a unique style and sound that’s reached international success. Proud and honored!”