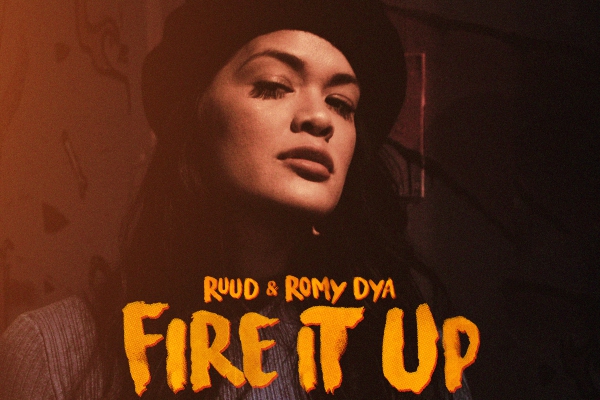 RUUD & Romy Dya – ‘Fire It Up‘ – Following the release of his cover of Owl City‘s ‘Fireflies‘ alongside vocalist Eric Odeen, RUUD unveils his first original release. ‘Fire It Up‘ features the vocals of none other than Romy Dya, who recently appeared on Martin Garrix‘ ‘So Far Away.’ The release is comprised of emotional production, and compelling lyricism that invokes a vibe of self-empowerment. Utilizing sounds attributed to future-influenced dance-pop, RUUD and Romy Dya are sure to generate solid amounts of buzz with ‘Fire It Up.’

Originally working behind the scenes producing music for others, RUUD now thrusts himself into the forefront with his second single. Having accumulated millions of streams with his previous works, the artist is no stranger to success and his experience as a producer is evident through the quality of both ‘Fireflies‘ and ‘Fire It Up.’ The Norwegian producer has already harvested nearly quarter of a million streams on Spotify alone and will certainly exponentially expand his reach.

Also cutting her teeth on working behind the curtain of the music industry, the singer and songwriter Romy Dya has written for acts such as 2016’s winner of The Voice of Holland, Maan, Sharon Doorson and Roxeanne Hazes to name a few. With a voice that described as “vulnerable” as well as “powerful,” and an undeniable talent as a lyricist, the artist is clearly on an upward path in her career.