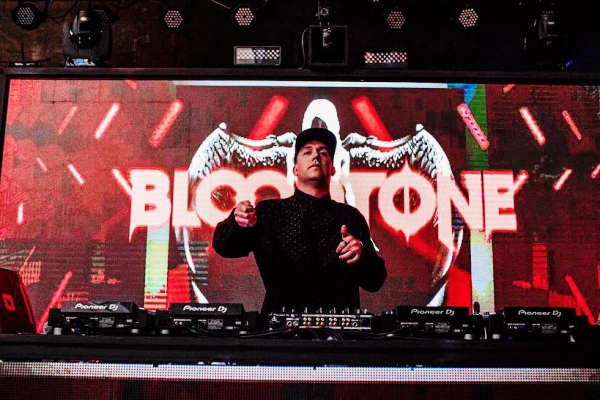 Bloodtone – ‘Drag Me Down‘ – Reaching out from below, Los Angeles based DJ and producer Bloodtone began his career a few years ago. From the beginning, he was confident in his style and presented a unique, signature sound. After a wildly successful year in 2018, this dark house, post-apocalyptic horror house artist has now returned to offer up his new single ‘Drag Me Down.’

If you close your eyes while listening to ‘Drag Me Down,’ you’ll be taken to another time when an industrial sound was first thriving. You can picture the late 90s in a club when tech house and a dark sound was pumping in the airwaves. This was an underground scene that never truly dropped off and now one of the many darker bass and experimentally powerful melodies is once again captured in this new single.

Coming ahead of his forthcoming Fallen Angel EP, ‘Drag Me Down‘ is just a snippet of what’s to come and after listening to the track below, this dark, pumping and captivating atmosphere will be sure to get everyone ready to get lost in the full journey.