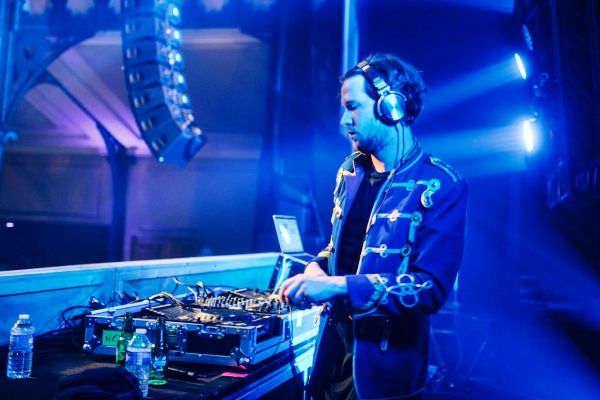 Out now on Ultra Music, ‘Trouble‘ features live brass instruments and passionate vocals by Albert Gold that makes for a smooth and emotional listen. Pure class, the harmonic track is one of Bakermat’s more sentimental melodies. Often associated for his joyful and energetic beats, Bakermat‘s ‘Trouble‘ highlights a more impassioned time in the artist’s life, hence the change in musical vibe.

Bakermat has also shared a visual component for ‘Trouble,’ the second animated music video to feature Bakermat‘s cartoon canine alter ego Matt Barker. In the video, Matt Baker spirals though his day, rocking out on the DJ decks and jamming on his guitar on his spaceship.

‘Trouble‘ follows a slew of spectacular singles from Bakermat including ‘Partystarter,’ a high energy experimental track alongside a music video where the Matt Barker character first debuted, as well as ‘Lion,’ which infused house sounds with dancehall riffs and reggae-inspired vocals and ‘Do Your Thing,’ a funkified tune with an innate retro feel and unmissable groove.