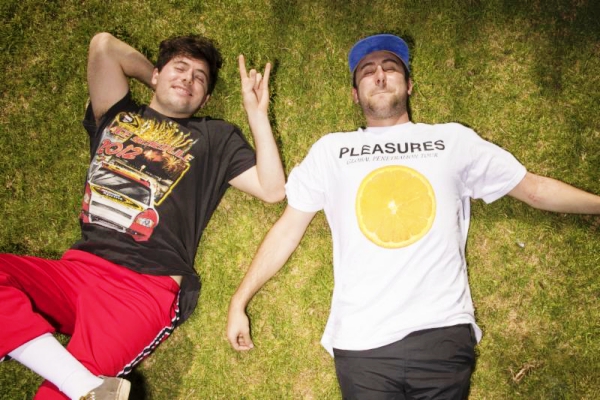 Two Friends – Fonda Theatre 2019 – Two Friends, who are LA-based producer and songwriters Eli Sones and Matt Halper, are heading out on their With My Homies Tour which will touchdown in Los Angeles for a special hometown show at The Fonda Theatre on Saturday, February 1st.

It’s their largest North American tour to date and will bring them to Irving Plaza in New York and other venues like Concord in Chicago and the Gothic Theater in Denver for the first time. The tour is in support of their new single ‘With My Homies,’ a dance-pop anthem for those who value true friends, and their Big Bootie mixes which have been soundtrack staples for college parties and tailgates nationwide.

The Big Bootie mixes highlight their skillful edits of many favorite songs and remixes from top pop, rock, hip-hop and EDM artists. Clocking in at one hour long, their latest– Vol. 14–features 193 songs including their own edit of EDM classic ‘Sandstorm‘ by Darude as well as tracks by Jay-Z, Justin Timberlake, Tiësto, Calvin Harris, Eminem, Cardi B, Kygo, Ludacris, Jonas Brothers, Camila Cabello, blackbear, Tyga, Avicii, Flux Pavillion and many, many more.

The With My Homies 2019 Tour Dates