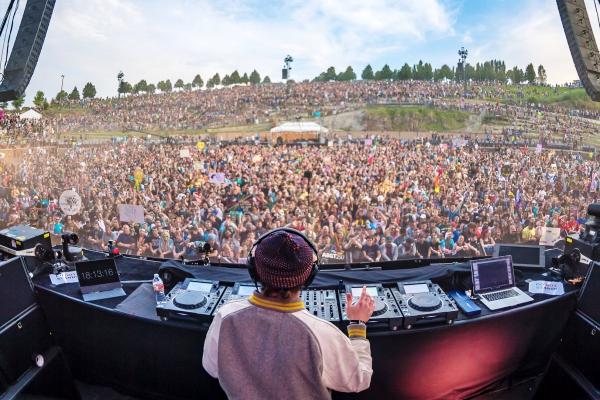 Eric Luttrell – ‘Quiet Even Dark‘ – 2019 will see San Franciscan producer Eric Luttrell release his debut solo album Into Clouds on Anjunadeep, and embark on an extensive headline tour of North America. Initially breaking into electronic music as part of the OWSLA-affiliated trio The M Machine, Eric launched his solo project in 2016 with the acclaimed Need You EP, quickly winning support from some of the scene’s key tastemakers, including BBC Radio 1‘s Annie Mac and Pete Tong, and DJs like Joris Voorn and Claude VonStroke.

Drawing from varied childhood influences like The Smashing Pumpkins, Nirvana and The Prodigy, his love for San Francisco, and his time as a student in Berlin, Into Clouds explores Luttrell‘s broad stylistic range. The subtle melodies at the heart of opening and closing tracks ‘After All‘ and ‘Outro‘ demonstrate Luttrell‘s knack for emotive production, whilst infectious club tracks ‘Into Clouds‘ and ‘Windowscene‘ showcase his commanding dancefloor sound.

Following the release of lead album single ‘Out Of Me,’ championed by the likes of Annie Mac on BBC Radio 1, Luttrell makes a swift return with his second album offering ‘Quiet Even Dark.’ The track features Eric owns vocals, woven between vast stirring chord progressions and imposing basslines; once again showcasing Luttrell‘s penchant for warm evocative songwriting.

Now setting his sights firmly in 2019, Luttrell will celebrate the release of his debut album with an extensive 23 date Into Clouds North American Tour.