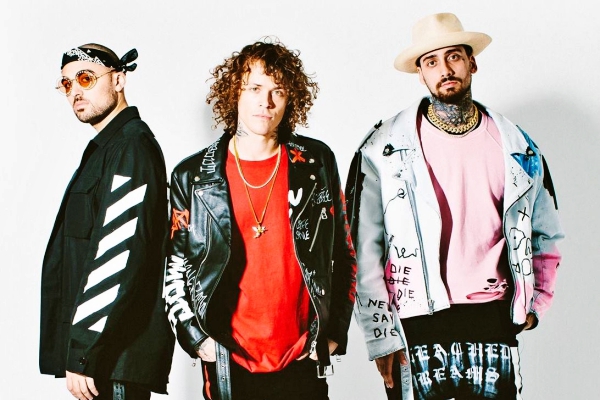 The group are gearing up to release a remix bundle of the track on Friday, 1/18, featuring re-works from the likes of Daniel Blume, Danny Quest, Justin Caruso and Angemi, as well as Steve Aoki, which is available now. Cheat Codes, who are touring with Steve Aoki throughout the UK this February, recently remixed Aoki‘s collaboration with BTS, ‘Waste It On Me.’

‘Feeling of Falling‘ comes in the wake of another exciting year for Cheat Codes. It follows on the heels of ‘Only You,’ which featured Little Mix and its inventive music video featuring TV star, Peyton List. ‘Only You‘ hit #1 at UK radio and received critical acclaim from the likes of Billboard, TIME and Rolling Stone. Earlier this year, the group was joined by Fetty Wap and CVBZ to take the stage at Jimmy Kimmel Live! to perform their single, ‘Feels Great.’