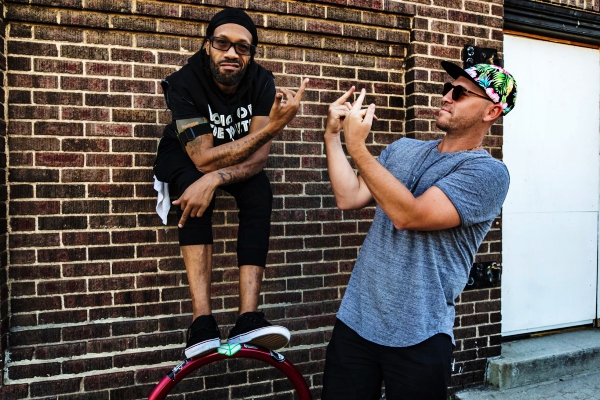 1000volts & Dion Timmer – ‘Dab It‘ – 1000volts, the collaborative project between legendary hip hop MC Redman and battle winning turntablist turned producer Jayceeoh, is back with an absolute smash of a track with help from the Dutch dubstep wunderkid Dion Timmer.

Starting 2019 off with a dose of bass, this is the first single from the forthcoming debut ep from 1000volts and the first single from Dion Timmer following his massive double EP release in late 2018 entitled Very Extra. With Redman in full hype-man mode spitting his signature flow and party starting bars, the raw snarling basslines of the track surge with power making ‘Dab It‘ a powerhouse dubstep track that sets the bar high for 2019.