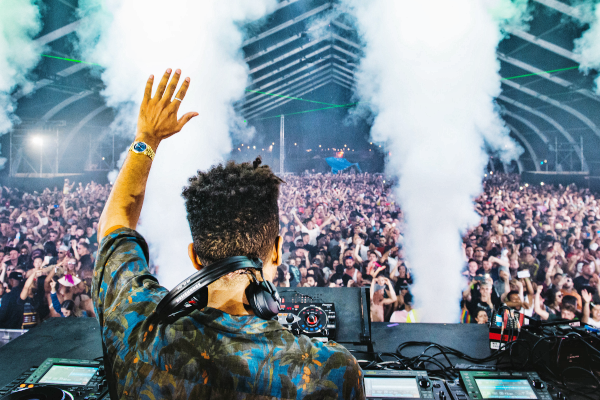 We Are FSTVL 2019 Lineup – The ultimate bank holiday weekender, We Are FSTVL announce further huge names to their 2019 line-up, including Solomun, Yungen, MK, Notion, Nina Kravitz and more for what is tipped to be the highlight of 2019’s festival calendar. With a host of underground house, techno, electro and urban names gearing up for an explosive May Bank Holiday, headliners include Chase & Status, Basement Jaxx, Craig David and Andy C. In addition, Ultra‘s world famous techno and house brand, RESISTANCE has just been announced to host their very own arena for the first time ever at We Are FSTVL.

The ultimate highlight of the festival calendar and returning for its hugely anticipated 7th edition, We Are FSTVL is heading back to Damyns Hall Aerodrome, Upminster from 24th – 26th May 2019, bringing together colossal names in House, Bass, Techno, UK Grime and Drum & Bass.

Following a wildly successful summer in Ibiza, which saw the record smashing 9-week residency pick up Best Ibiza Night at the 2018 DJ Awards, RESISTANCE will be heading back to Europe to host a stage during the 7TH edition of the leading UK event, We Are FSTVL. The inaugural partnership with the esteemed underground institution will showcase sets from the most in-demand artists in house and techno, driven by (A-Z) Adana Twins, Ben Klock, Dixon, Green Velvet, Maceo Plex, Nina Kraviz and Solomun, with more set to be announced.

Bolstering their underground credentials, We Are FSTVL will see Yungen added to their We Are Bass stage on Sunday. With over 50 million streams on his huge hit ‘Bestie,’ the South London MC is quickly become one of the hottest names on the international urban scene. He will be joining hugely anticipated performances from James Hype, Nathan Dawe, Notion and Tom Zanetti along with recently announced Andy C, Hype & Hazard and Craig David.

The We Are FSTVL Stage on Saturday 25th May will see the addition of MK, the legendary Detroit-born house producer whose consistent innovation within the genre has seen him achieve significant commercial success throughout his career. He will be joining the likes of Camelphat, Skream, Mason Maynard and Latmun on what is expected to be the highlight stage of the entire weekend.