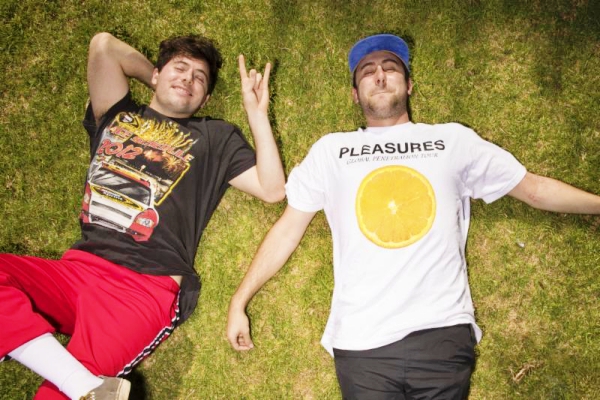 Two Friends – Irving Plaza New York 2019 – Two Friends, LA based producers and songwriters Eli Sones and Matt Halper, are heading out on their With My Homies Tour which will make a two-night stop in NYC at Irving Plaza January 19th and 20th.

It’s their largest North American tour to date and will bring them to Irving Plaza and other venues like Concord in Chicago, The Fonda in LA and the Gothic Theater in Denver for the first time. The tour is in support of their new single ‘With My Homies,’ a dance-pop anthem for those who value true friends, and their Big Bootie mixes which have been soundtrack staples for college parties and tailgates nationwide.

The Big Bootie mixes highlight their skillful edits of many favorite songs and remixes from top pop, rock, hip-hop and EDM artists. Clocking in at one hour long, their latest– Vol. 14–features 193 songs including their own edit of EDM classic ‘Sandstorm‘ by Darude as well as tracks by Jay-Z, Justin Timberlake, Tiësto, Calvin Harris, Eminem, Cardi B, Kygo, Ludacris, Jonas Brothers, Camila Cabello, blackbear, Tyga, Avicii, Flux Pavillion and many, many more.

Since its release earlier this fall, it’s clocked in over 1.8 million streams on Soundcloud. That day it trended on Google searches. Vol. 14 is one of five Big Bootie mixes that Two Friends currently has in the Top 20 for the most played Dance and EDM in the USA for all of Soundcloud.

Known for their viral remixes of Red Hot Chili Peppers‘ ‘Otherside,’ Dua Lipa‘s ‘IDGAF,’ Charlie Puth‘s ‘How Long,’ The Killers‘ ‘Mr Brightside‘ and Kanye West‘s ‘Touch The Sky,’ as well as their latest original offerings ‘Bandaid,’ ‘Just a Kid‘ and ‘Emily,’ Los Angeles’ Two Friends have quickly grown from high school bedroom producers into one of the most promising songwriters in dance music. Collectively their tracks garner over 860,000 monthly listens on Spotify.