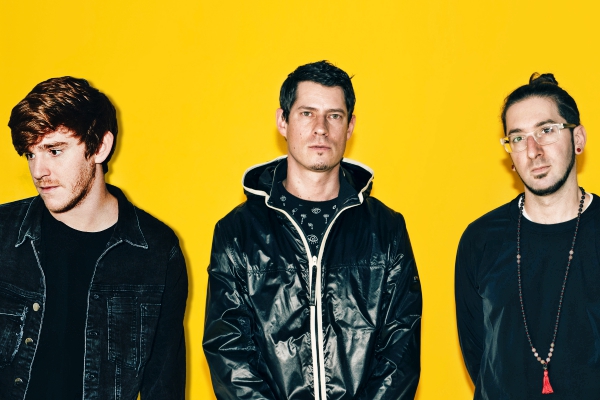 ‘Like That‘ continues a rapid-fire 2018 for the unstoppable bass producer NGHTMRE, who just in the past few months has launched his own record label Gud Vibrations with DJ duo SLANDER, teamed up with chart-topping electronic/pop duo Chainsmokers for high octane joint single ‘Save Yourself,’ released a string of releases on Mad Decent including his collaborative Magic Hour EP with rapper Pell and recent single ‘Grave‘ with WAVEDASH and more. Through his meticulous, earth-shattering productions and equally electrifying live sets, NGHTMRE has taken his spot as one of the leading bass producers in the scene. NGHTMRE is currently on his NGHTMRE Before XMAS tour with dates through the end of the year in SF, LA, Boston, DC, NY, and more – tickets and more info here.

Big Gigantic, whose blend of mind-bending beats, thunderous bass and frenetic melodies has developed a rapid following since forming in 2008, has quickly become one of the most celebrated acts in live music. The duo’s latest full-length album, 2016’s Brighter Future, the sixth album by Boulder, CO-based saxophonist/producer Dominic Lalli and drummer Jeremy Salken – saw their sound hit another dimension with its eclectic mix of tracks spanning from electronic and dance to hip-hop, funk and electro soul with features by Waka Flocka Flame, Logic, GRIZ and more. Big Gigantic is currently on tour through the end of the year with dates in Denver, LA, Philadelphia, and more – tickets and more info here.