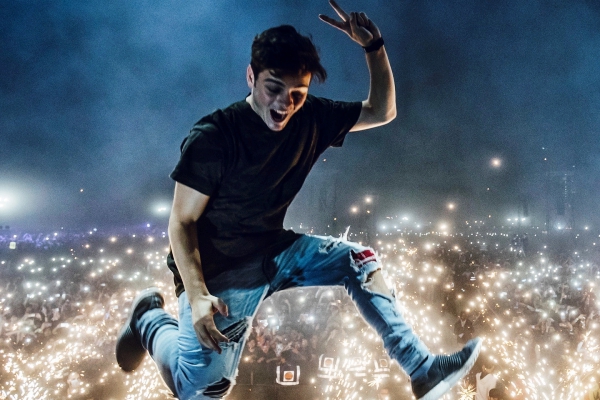 Martin Garrix & Julian Jordan – ‘Glitch‘ – Martin Garrix and Julian Jordan have been friends for a good while now and began making tracks together before the world knew either of their names. After the outstanding previous collabs ‘BFAM‘ and ‘Welcome‘ comes another fresh track in the shape of ‘Glitch,’ a project they started working on six years ago and only recently decided to finish.

Centered around an expansive melody, ‘Glitch‘ is a powerful track with big drops, razor-sharp electro bass and colorful synth sounds. An array of different sounds are used to create minute fills. It’s a feel-good anthem befitting of both of their talents, and with all their experience and knowledge, the promise of this early demo has now been fully realized.

Julian recently signed to STMPD RCRDS, with the massive ‘Tell Me The Truth‘ as his latest release on the label. With an amazing ADE under his belt where he hosted his own night and played a rocking set at the STMPD label night, he is gearing up for 2019 as Bootshaus New Years Eve headliner and one of his first gigs taking place at the amazing Dreambeach Chile in January.

Martin‘s incredibly prolific schedule continues in the final weeks of the year, with two remix packages of his MIKE YUNG collaboration ‘Dreamer‘ lined up, he’s also touring in China and Asia this month.