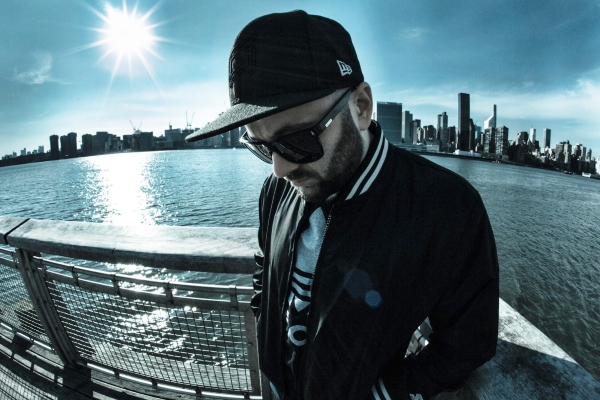 Gramatik – Beat Tape: Street Bangerz Vol. 5 – For Slovenian born producer and DJ Gramatik, 2018 marks one of the most pivotal years in his career to date. Riding off the successful launch of his GRMTK Ethereum token, the subsequent release of two singles in support of this fascination with Blockchain technology- “Vitalik Buterin” and “Future Crypto,” his fifth consecutive sold-out show at Red Rocks, and an incredible tribute to the late Aretha Franklin on ‘Let Me Know The Way,’ Gramatik is now taking it back to where it all began on his Street Bangerz beat tape in 2008. In celebration of the ten-year anniversary of Street Bangerz, Gramatik is returning with the now fifth installment in the series – Street Bangerz Vol. 5.

Up next for Gramatik, he’ll be gearing up for the release of ‘Re:Coil Pt. II,’ the follow up installment of ‘Re:Coil Pt.1,’ a release exploring science/technology related themes that featured Branx, Anomalie, Balkan Bump & Talib Kweli, Galactic Marvl and Eric Krasno. Gramatik isn’t quite finished there- 2019 will also see the release of a highly anticipated full-length album- his first since 2016’s pivotal LP Epigram. As far as Gramatik‘s upcoming live dates, 2019 will see him performing a limited run of festival stops including Electric Forest and a headlining performance at Sonic Bloom.