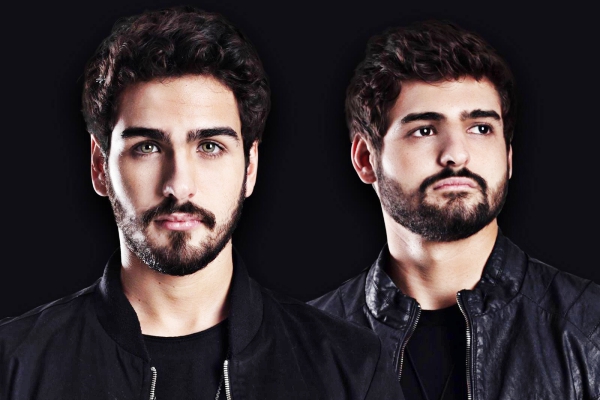 Cat Dealers & HIDDN – ‘My Way‘ – Riding high on the global success of their singles ‘Wanting You‘ and ‘Keep On Lovin,’ Brazil’s brightest electronic dance music duo, Cat Dealers, join forces with Belgium’s HIDDN for their Spinnin’ Records debut with ‘My Way‘ – Available to purchase and stream now!

Harnessing their aptitude for catchy chorus lines and nostalgic melodies, the brothers continue to demonstrate their flair in producing dance / pop crossover hits with ‘My Way.’ Enlisting the talents of HIDDN, this track is another shining example of their masterful production skills in this hybrid genre and further demonstrates how influential they are in representing the next generation of young producers, with a mantra of youthful independence running through the core of the release.

With an endless stream of consistently popular dance hits resonating with the masses, the duo are setting themselves in perfect stead to build a long career on the back of their two-year whirlwind rise to stardom.

Dedicating the majority of 2018 to global tours, Cat Dealers‘ made their mark on five of the world’s continents with shows throughout America, Africa, Europe, Asia and Oceania. With over 170 shows to look back on in 2018, including opening for David Guetta at Medusa Festival, playing as the special guest act in Shakira‘s Brazilian tour and warming up for pop icon Camila Cabello on Z Festival‘s mainstage, the brothers have well and truly cemented themselves as heavyweights in the electronic dance music world, continuing to bridge the gap between pop and dance music in their own unique way.