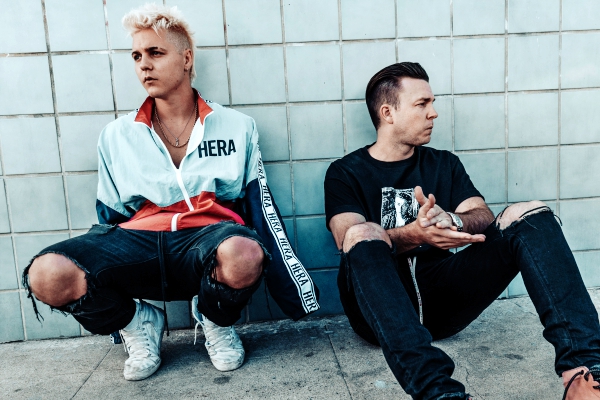 The balance of the 5-track EP features all new, unreleased music. The remaining three tracks kick off with the epic pop-dance swinger ‘Gotta Have It,’ highlighted by BRKLYN‘s own Cameron Alexander‘s vocal range complimented by upbeat live guitar instrumental elements. Listeners then soar into the progressive melodic bass skies with ‘Weakness‘ alongside rising producer Medii featuring the vocals of sky. Bringing the EP to a close, the Billboard charting Disco Fries and vocalist Lena Leon maintain the uplifting energy comprised by BRKLYN‘s EP with future bass funk production ‘Brightside.’

A wealth of diverse musical and life experience has been drawn upon and channeled into the duo’s premier compiled release of productions. BRKYLN has built their name by incorporating a passionately executed fusion of live instrumentals, cinematic percussive elements and powerful vocal collaborations into their eclectic electronic productions. Over the past 5 years they have worked closely with the likes of Tritonal, Cosmic Gate and Maor Levi, while touring the globe earning a reputation for high energy, innovative and captivating performances.

The Things I’ve Learned EP is out now via Enhanced Music and available for streaming across all platforms of choice. The debut EPs unveiling is only the first of what is set to be a lush discography, tying off 2018 with finesse while setting the stage for a vibrant 2019 and beyond.