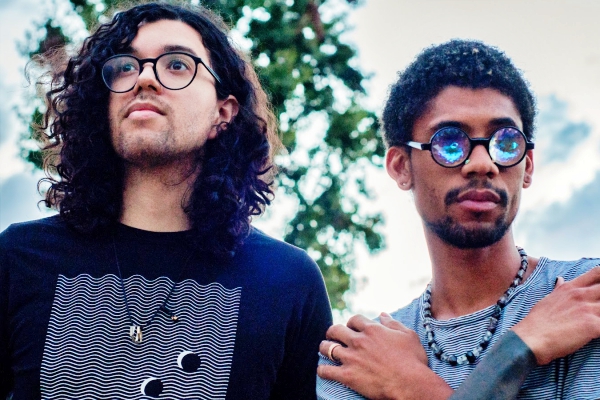 Alvin Risk & Hodgy – ‘Jesus Is a Samurai‘ – HA, the new project from Hodgy and Alvin Risk, follow up their debut singles ‘O.P.E.N.‘ and ‘Precious‘ with the holiday miracle, ‘Jesus Is a Samurai.’ Half divine and half absurd, the song’s lyrics take listeners through a fever dream of pop culture, anchored to sanity by its driving beat. ‘Jesus Is a Samurai‘ further solidifies the duo’s versatility, and even their impatience within one sound or genre.

The single artwork, painted by Hodgy, continues the series of pastel portraits first seen on the single art for ‘Precious.’ HA‘s first two singles, the bright pop-driven ‘O.P.E.N.‘ and the illusive adventure that is ‘Precious,’ have received support from Spotify with additions to New Music Friday, POLLEN, Hot Rhythmic, Mood Booster and other official playlists, and recognition from Apple Music with adds to Alt-R&B and The Crossover playlists.

Listen to ‘Jesus Is a Samurai,’ get in the holiday mood, and stay tuned for more from HA very soon.