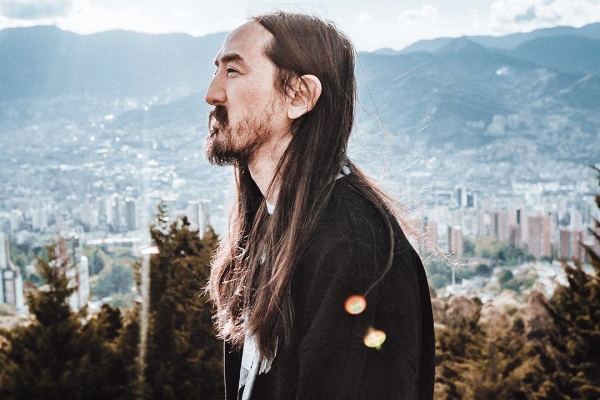 Steve Aoki – ‘Waste It On Me‘ – Two-time Grammy-nominated DJ and Producer Steve Aoki released his music video for hit single ‘Waste It On Me‘ featuring global megastars BTS. The track which appeared on Aoki‘s newest installment of the neon future series, Neon Future III, has amassed praise domestically and internationally, debuting at #1 in more than 60 countries with 4 million streams in the first 24 hours, as well as the #1 worldwide trend on Twitter with 1k+ retweets per minute.

The highly anticipated music video for ‘Waste It On Me‘ with a knockout all Asian-American cast and director, featuring stars such as Ross Butler from 13 Reasons Why, Ken Jeong from Crazy Rich Asians and The Hangover, Devon Aoki from Sin City 2 and many more, a true triumph for Asian representation in mainstream media, and a star-studded showcase of talent.

The video begins with a shot of Aoki and his crew entering a nightclub with the owner played by Jamie Chung and Ben Baller, followed by Ross Butler who is on a steamy date with Devon Aoki. The viewer is then taken to a hopelessly in love Ken Jeong, whose character is a waiter at the club where he fawns over Devon, his next customer. As Jeong daydreams of winning a sing-off against Butler and sweeping Devon off her feet, in turn, the video goes back-and-forth with clips of Steve DJing and cameos of clubgoers doing karaoke Leonardo Nam, Vincent Rodriguez, Jimmy Yang, Jessica Lu and more.

The director, Joe Hahn, who is best known as the DJ for Linkin Park, brings a modern and charismatic visual style to the overall sonic concept of the song; why waste your time on someone who doesn’t care, when you could be with someone who will offer you so much more? The music video is a comedic, light-hearted, feel-good journey that will leave you hitting replay.