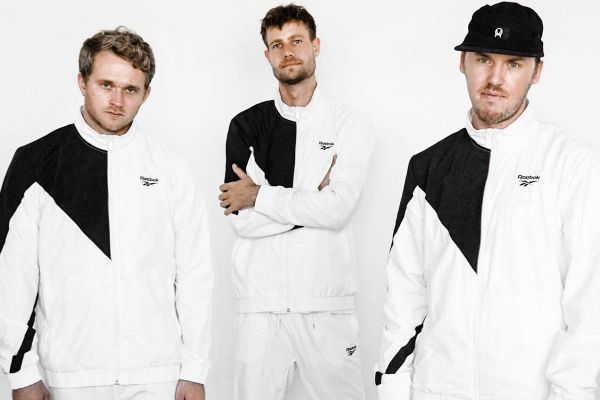 Skrillex & JOYRYDE – ‘Agen Wida‘ (NONSENS Remix) – NONSENS is back with an absolutely insane remix of the recent hit collaboration from Skrillex and Joyryde, ‘Agen Wida.’ Already receiving industry support, this uptempo take on ‘Agen Wida‘ is an absolute smash of a record that has been dominating live sets as of late. With that special Nonsens touch taking this one to the next level, this is an excellent way for the duo to begin the final month of 2018.

Anton, Jens and Rasmus have come a long way since they were childhood friends growing up on the island of Bornholm. The three were each influenced by their love of all types of house music – from tech house to electro house to progressive house – and thus, Nonsens was born. The trio saw their first remix of M.I.A.‘s ‘Bad Girls‘ was debuted by the legendary Jay-Z and his Roc Nation label, instantly accumulating over 1 million plays. In 2014 they released their debut album Apollo, featuring Diplo, and received worldwide support from both industry tastemakers and fans.

Through 2016 and 2017, Nonsens has been crafting their signature sound, landing releases on Barong, TWONK and Mad Decent, where their track ‘Gungla‘ rose to Number Thirteen on the Billboard Dance Charts. They’ve also co-produced w/ Major Lazer on their track ‘Jump‘ that is featured in Bacardi‘s newest ad campaign, as well as RL Grime on his hit track ‘Era.’ 2018 has already been a big year for them as they have just moved stateside to Los Angeles, so you can definitely expect to hear a lot more from them in the coming months.