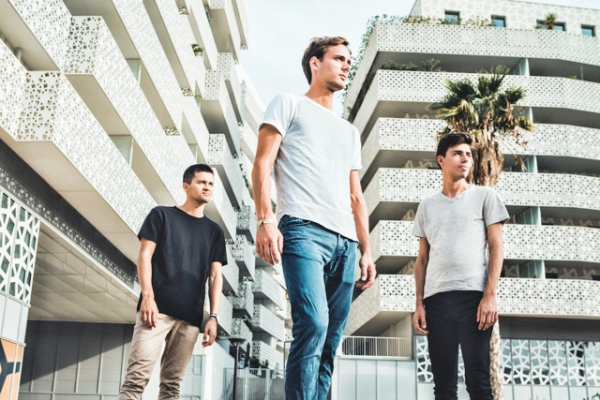 Sense – Taste EP – Avant-pop collective Sense is pleased to announce details of a brand new 5-track EP, Taste, released through Nettwerk Records on October 19th and will preempt its arrival with a new live visual for ‘All Mine.’

The band detail the EP, “After exploring each sense with our previous EP Esper, we wanted to land on a specific one, Taste. Each song was created with the idea to describe one of five distinct tastes (Salty, Sweet, Bitter, Umami and Sour) whether it be in the instrumentation, the lyrics or features. The inspiration of this EP came from new discoveries of territories, and genres of music as well as encounters with wonderful artists across the world.”

Sense is the musical brainchild of three French engineering students – Matthieu, Paul and Marius. They recently shared two tracks from the new EP, ‘There Goes My Heart‘ featuring Holmsey & Rory McKenna and ‘I Like It.’ Both tracks relate to the five different senses. Similar to the hard to describe flavour of umami, ‘There Goes My Heart‘ is about a main character that doesn’t know where to settle and is lost in a relationship. ‘I Like It,’ speaks about a relationship that will sour yet both people choose to stay together despite the troubles.