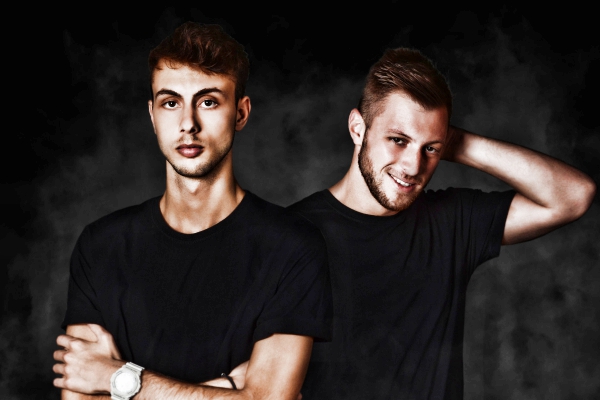 Maximals & Sam Void – ‘Pressure‘ – It’s been a while since the heyday of passion-inspired vocal anthems, but Protocol Recordings brings us a progressive gem in the form of Maximals and Sam Void‘s new collaboration ‘Pressure.’ Opening with soft melodies, the track swells intermittently with energetic, uplifting drops, broken up by female vocals.

The combination of ‘Pressure”s amorous lyrics and Maximals and Void‘s dynamic production makes it a staple anthem for belting out in the car or dancing to with that special someone in a dark club. Both Maximals and Void are veterans of Protocol Recordings, but ‘Pressure‘ marks their stunning debut collaboration together. With Protocol‘s emphasis on teamwork, we’re sure this won’t be their last.

This March, Maximals remixed Raiden and K-pop star YURI‘s ‘Always Find You,’ making for yet another stellar example of teamwork by Protocol artists. Sam Void has been a part of Protocol since early in his career; his most notable release was his remix of Nicky Romero and Nile Rodger‘s ‘Future Funk,’ which has amassed over 2 million streams to date. Void‘s first original track ‘Young‘ has been supported by Nicky Romero, Tiësto, Martin Garrix and more.