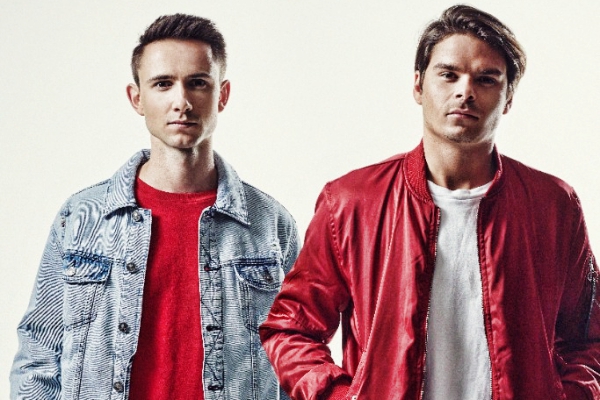 Lucas & Steve – ‘Adagio For Strings‘ – Lucas & Steve finish their biggest year to date with the stunning club gem ‘Adagio For Strings.’ It’s a huge tune delivered here by the famed Dutch duo, featuring the famous string melody in an extatic piece of dance music, courtesy of the guy’s trademark feelgood sound. Hot on the heels of widespread DJ support, the track is officially out now on Spinnin’ Records.

Already a centrepoint in the duo’s DJ sets, ‘Adagio For Strings‘ underlines how Lucas & Steve are able to incorporate their uplifting sound to a wide variety of records. As if they wanted to celebrate 2018’s highlights, the energy bursts out of this record, going all out with this blazing piece of dance music, featuring the famous string melodies alongside jubilant chords and a hard hitting future house drop.

Surely, they have something to celebrate. 2018 saw Lucas & Steve perform much praised performances at festivals all over the world, from Miami Music Week and their return to Tomorrowland‘s mainstage to gigs at Mysteryland, touring China (including playing the Creamfields festival there), Sensation Jakarta and of course the Amsterdam Dance Event, where they also hosted their own sold-out event Skyline Sessions.

In the meantime, they kept on delivering party gems as steady as the clock. From club tracks like ‘Source‘ and their Skyline Worldwide EP to pop hits like ‘I Could Be Wrong‘ (featuring R&B singer Brandy), ‘You Don’t Have To Like It‘ (together with Janieck) and their current hit record ‘Where Have You Gone (Anywhere)’, now followed up by the infectious and melodic high of ‘Adagio For Strings.’

In this article:adagio for strings, ADE, Amsterdam dance event, brandy, Creamfields, edm, edm release, edm releases, i could be wrong, Janieck, lucas & steve, lucas and steve adagio for strings, Miami Music Week, mmw, Mysteryland, sensation jakarta, skyline sessions, skyline worldwide, skyline worldwide ep, spinnin, Spinnin Records, tomorrowland, where have you gone, where have you gone anywhere, you dont have to like it