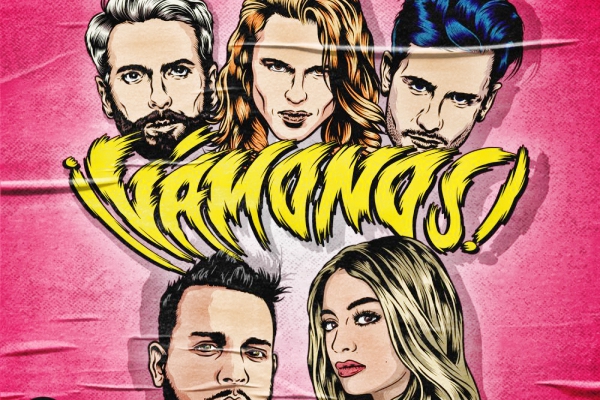 It’s definitely been a wild ride for Kris Kross Amsterdam, following their worldwide claim to fame ‘SEX‘ in 2016, a teamup with Cheat Codes and with 500 million Spotify plays a definite streaming record for their home label Spinnin’ Records. Initially known for their same named Amsterdam club events, the guys have since then toured the globe, meanwhile dropping much acclaimed festival and radio gems like ‘Are You Sure‘ (with Conor Maynard, featuring Ty Dolla $ign) and this year’s internationally supported ‘Whenever,’ a collab with Dutch producer The Boy Next Door, featuring their trusted vocalist Conor Maynard.

‘Vámonos‘ is the culmination of three acts on the peak of their abilities, blending the urban, eclectic sound of Kris Kross Amsterdam with Messiah‘s trap tinged lyrics and Ally Brooke‘s powerful pop sentiments. It’s a record that touches the senses on multiple levels, from its inviting, hot blooded rhythms to innovative use of vocals and melodies. Surely a milestone in the ever evolving careers of three undeniably tastemaking artists.