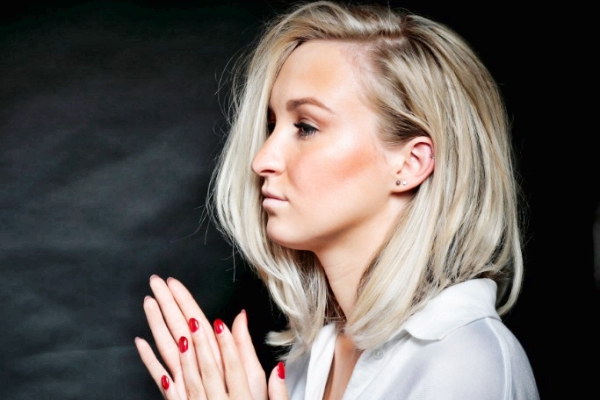 Kim Kaey – ‘Push The Feeling On‘ – There’s a new kid in town, and Kim Kaey is the one to watch. Following several popular club tunes, she has now dropped her most acclaimed single to date: ‘Push The Feeling On.’ Reworking a sample from the famous 90’s hit by the Nightcrawlers the result is an uplifting piece of dance music, laying down a strong contemporary groove while using the original’s melody and vocals in a cool, inventive way. Officially out now on Spinnin’ Deep.

Kim Kaey isn’t your average DJ. Growing up with (dance) music from a young age, courtesy of her father who owns his own radio station, she became familiar with playing turntables and hosting her own radio show as a young teenager already. Fast forward many years, now, with a string of releases coming out this year, 2018 has been her most productive year yet. Saving the best for last, as she now presents ‘Push The Feeling On.’ Already known to generations of dance music lovers, it’s a track that’s been making waves since its original release in 1995.

With that, Kim Kaey displays her love and taste for classic tunes like no other, as she incorporates the original Night-crawlers vibe into her own sound, uplifting and groovy, making sure the music comes back to life in a fresh and exciting new guise.