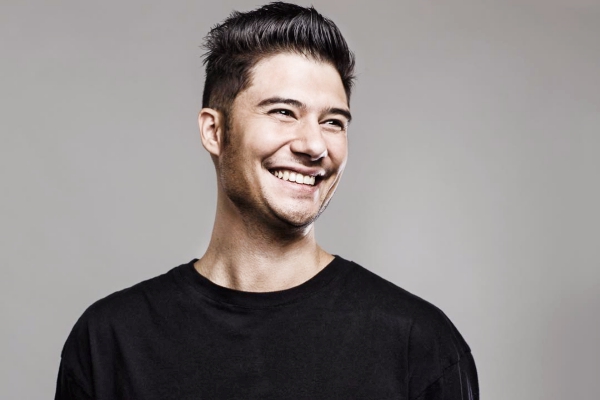 Dutch DJ and producer Gianni Marino recently released his latest record ‘How Do You Feel?‘ in collaboration with The Beamish Boys onto quickly rising and cool label Paradise Circus. Bustling jungle vibes, a captivating melody and smooth vocals on top of soft synths and airy instrumentation, this track grabs listeners with every fiber of its entrancing essence.

Marino, what was it like collaborating with The Beamish Boys and what went into your collaborative creative process as this powerful release was being created and written?

I was quite surprised actually. This one was a relatively simple collaboration. We shared a few idea’s and found the one which had a vibe, they were so fast with writing on it from there. The first idea they sent was instantly something we all felt great about, we did a little tweaking on the production and then it was done. They are really talented boys and have a unique voice.

It’s been said that some of inspiration in your music has come from popular Kung-Fu films, the Javanese jungles and even the streets of Asia. Whether this is true, otherworldly elements definitely seep into some of your productions like ‘Make You‘ and now ‘How Do You Feel?‘

Would you like to enlighten fans and new listeners a-like what some of your inspiration comes from? Particularly, can you explore for us a little further, what goes into your talented and unique sound and specifically in your recent Paradise Circus production?

Inspiration can come in many forms. In the beginning it was mostly from other songs and the music I listened too. Then later it was the surroundings you live and move in. Now I get my inspirations or maybe better say ideas in my dreams. For ‘How Do You Feel‘ I wanted it to give an EDM vibe with a slight ethnic feel to it. The chords makes it more EDM and the Indonesian flute and Indian sitar gave it a more ethnic feel to it. Did you know those instruments are good for the body? They also use it in yoga music or meditation songs.

Staying busy in his seven years as a DJ and producer, Marino has had a wide variety of releases on esteemed labels like Dim Mak, Mad Decent, Mixmash and Barong, remixes on Sony, Atlantic and Universal and collaborations with big names like 4B, Major Lazor and Dirtcaps amongst others.

Marino, you have released music across a large spectrum of the eclectic EDM soundscapes, dabbling in a wide variety of genres like moombahton, electro, trap, house and more. What is your favorite style of music to produce and what does being innovative as a producer mean for you?

My favorite style is just a blend of everything. If it’s just one style to produce I feel limited in my creative process. I love to mix everything up. With mixing everything up you find out new tricks and ideas that will be innovative or make you innovative. Lately I really like the Hillsong and young music. Kinda has that Illenium touch to it.

The Netherlands based DJ and producer has gained much support from some of the biggest names in the scene like Diplo, DJ Snake, What So Not, Yellow Claw, GTA, Martin Garrix, Wiwek and more! This support is well deserved as he has constantly evolved as an artist through his career.

From the energetic electro house ‘Wayaki,’ the slightly ahead of its time ‘Wrath of the Pharaoh‘ with its unique blend of trap and dessert vibes to finally my personal favorite single ‘Pray,’ with its vastly unique sounds, tasteful melody and hard moombah beat.

What has been your favorite piece of work and what can fans expect next after your powerful release ‘How Do You Feel?’

I believe my favorite piece of work still needs to be released! The fans can expect some new interesting collaborations and some follow ups of certain club bangers I made in the past (Part two’s :D). Also some new singles with some new mixed genres in it.

I want to end today’s interview by thanking you Gianni Marino for giving me a chance to speak with you on your latest track ‘How Do You Feel?,‘ your career and what’s to come. Truly a perfect artist for the Paradise Circus label and a great record to add to its release list! Check out the track on various platforms here and follow Paradise Circus and Gianni Marino via the socials, linked below!