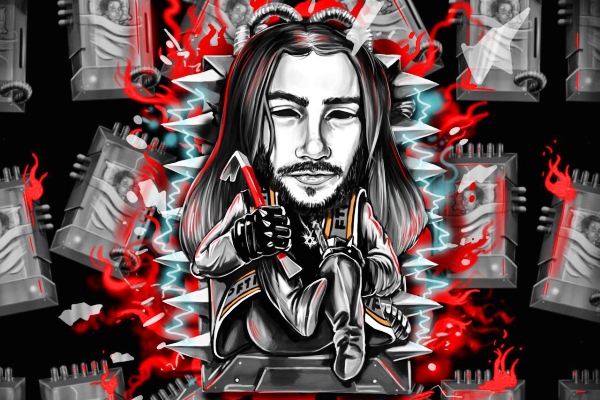 Eliozie – Loose Cannon EP – Getter has undoubtedly proved himself to be a man of many production talents. He dropped his highly praised, emotive VISCERAL album on deadmau5‘s mau5trap label, which was a strong departure from his previous wonky dubstep signature sound. He’s also shared his Terror Reid project with the world — his abrasive rap alter ego who sometimes takes over Getter‘s personality and drops serious bars. And now he’s flexing his rap production prowess with his work on Eliozie‘s Loose Cannon EP.

Loose Cannon is a perfect mixture of Eliozie‘s aggressive yet articulate bars and Getter‘s crisp rap beats. Earlier this month, Eliozie revealed the first piece of the Loose Cannon EP with ‘Villian‘ and fans have been eagerly awaiting the complete work since then.