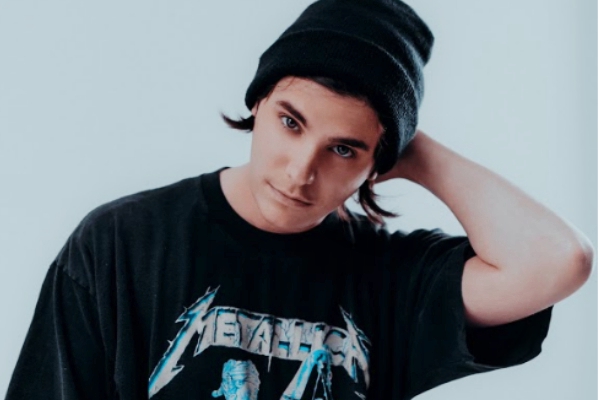 ‘Rollercoaster‘ is self-produced and co-written with O’Donnell alongside acclaimed French songwriting duo Clément Picard and Maxime Picard (Major Lazer and Jessie J) and follows a string of releases Audien has put forth this year including ‘Never Letting Go‘ with ARTY and ‘Higher‘ with Cecilia Gault. The producer is poised for a breakout year in 2019 with several yet-to-be-announced major collaborations.

Audien is widely known for his hit remixes of songs by Bastille, Halsey and Jess Glynne that have captivated the club and festival circuits. He has since gone on to top the Billboard Dance Club charts, headline major EDM festivals around the world, amass 10 million streams worldwide, and collaborate with major recording artists Lady Antebellum and MAX. The multifaceted musician currently boasts nearly 2 million monthly listeners on Spotify alone.

Audien began producing dance music in 2008 and put out his own releases on Only Vibes Recordings, a digital label he co-founded with producer Naggy. After he made the transition to trance music in 2009, he sent a demo of what would ultimately become ‘Rise & Shine‘ to Ferry Corsten who released it on his label Flashover Recordings.

Numerous singles followed on labels Songbird, First State Music, Enhanced Progressive and Perceptive Deep, which led to progressive house DJs Tiësto, Above & Beyond and Armin van Buuren to take notice of Audien‘s euphoric sound. The producer received his big break in in 2014 when he remixed Bastille‘s ‘Pompeii,’ which was heavily supported in the club and festival circuits and earned him a Grammy Award nomination for “Best Remixed Recording, Non Classical.” Not long after, he released ‘Insomnia,’ which topped Billboard‘s Dance Club Songs chart.

Audien signed to Astralwerks the following year and released his debut EP Daydreams, which included the single ‘Something Better,’ a dance-country crossover hit with superstars Lady Antebellum. ‘Something Better‘ marked the first time Audien debuted on the Billboard Top 40 Pop chart after it had already reached #1 on Billboard‘s Dance Club Songs chart.