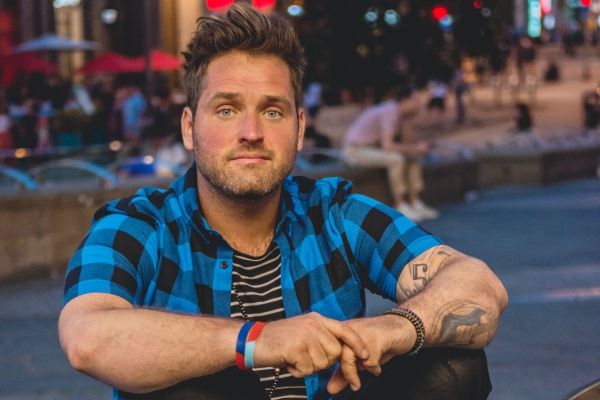 Ryno – ‘Who We Are‘ – Ryno’s music expresses pop sensibilities melded with an adventurous nature, his latest single embodies this and more.  ‘Who We Are‘ nails a unique space between the future-influenced world of dance music and the mystic experience of indie-folk, the single certainly showcasing appealing elements in both scenes.

‘Who We Are‘ tells a story of being yourself in the face of whatever moments in life comes our way and communicates how experiences with others can help us learn more about ourselves, some of those times of self-learning being surprisingly non-verbal (and occasionally sensual).

Ryan Jacob Doyle is an American singer-songwriter and producer.  He is best known for performing in The Doyle Brothers, and formerly as the front man for the band More Than Me, who in 2010 were the Hard Rock Cafe International Battle of Bands Ambassadors Of Rock. After winning the worldwide competition, he and the band opened the Main Stage of the Hard Rock Calling Festival for Sir Paul McCartney. His compositions and collaborations have been placed on several major international networks.

He also wrote the VH1 Save The Music Foundation‘s SongOfTheYear.com winner for the Rock category “Unconditional Truth” for February 2008. His photographed image was used for the global advertising campaign for the Hard Rock Rising contest during 2011-2013 and is currently used in select markets. He is a multifaceted future industry leader with a goal of achieving sustainable growth in all of his work.