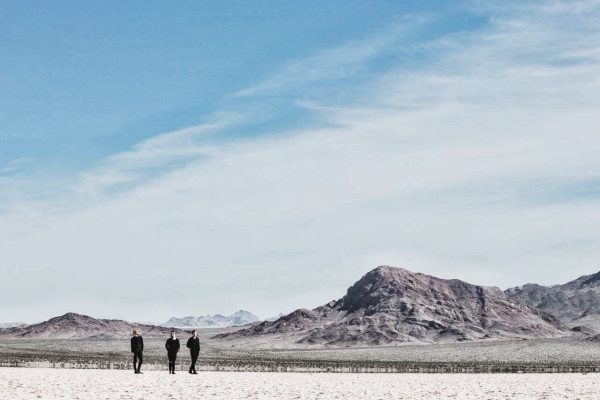 RÜFÜS DU SOL – Solace – Today, live-electronic trio RÜFÜS DU SOL have released their third full-length SOLACE LP via their newly launched Rose Avenue imprint and Reprise Records. Equal parts rock n’ roll temperament and ethereal electronic sound scaping, the album shepherds the band into a realm of sonic exploration all its own. The tracks retain the anthemic qualities that have propelled the band into one of electronic music’s biggest live juggernauts, but from the offset SOLACE is their darkest and most introspective work to date.

SOLACE opens with the regret tinged stanzas of ‘Treat You Better,’ a break-out track that’s catchiness belies the lyrics that yearn for the simplicity of past years and second chances. RÜFÜS DU SOL have built their huge fan base on euphoria and melody, this release delivers both. The band’s lyrics reveal a very personal documentation of their inward struggles. It’s a brutally honest outpouring which can’t help but move both feet and heart.

The crux of RÜFÜS DU SOL remains the deep connection felt between the band and their dedicated global fan base in the live space. The band recently announced the beginning of a world tour in support of SOLACE with sold-out plays at London’s Printworks and Berlin’s Astra Club and a triumphant run of three back to back sold-out nights at the LA Shrine Expo Hall.