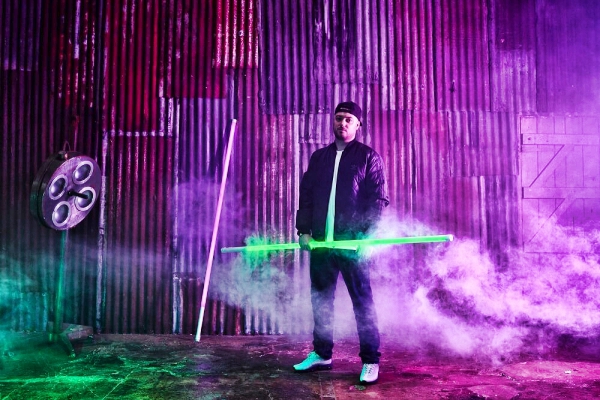 Macky Gee & Ragga Twins – ‘Active‘ Official Music Video – After the last twelve months, Macky G is certainly a name which needs little introduction. Already a part of the drum & bass super group SaSaSaS, his pivotal ‘Tour‘ single through Friction‘s Elevate Records exploded onto the scene and caused total annihilation on dancefloors across a range of sub-genres, with DJs from all over the dance music spectrum giving the record a spin.

He has also released his biggest piece of work to date, spanning a huge twenty four tracks, demonstrating just how notorious he’s become across drum & bass through the massive collaborations he’s brought into the mix. Dropped on his own imprint Down 2 Earth Musik, Moments has caused damage on stages across 2018, whether that’s at the definitive Rampage event in Belgium, or festivals throughout the UK, Australia and Europe.

Featuring on the LP are the likes of drum & bass kingpin Zinc, sure-fire MC Harry Shotta, authoritative duo Ragga Twins, the sultry vocals of Stuart Rowe, joint SaSaSaS DJ Phantasy, ‘Erb N Dub‘ alongside S.M.K, Rampage figurehead Murdock as well as the infamous bass drivers Skepsis and Spaow. The latest music video alongside the Ragga Twins, who add their crooning vocals over Macky‘s mid-tempo shake up, signifies the edge which has help navigate his career.

As a package, the Moments LP is an anthology of what Macky has achieved, not just within the last year but also from the time he first came onto the scene. Flanking the creation of Down 2 Earth Musik, his Moments LP stands next to a back catalogue which has solidified his place not just within jump up, but throughout the entire world of drum & bass. With a hectic tour schedule still looming, expect to hear a segments of the Moments LP in clubs worldwide.