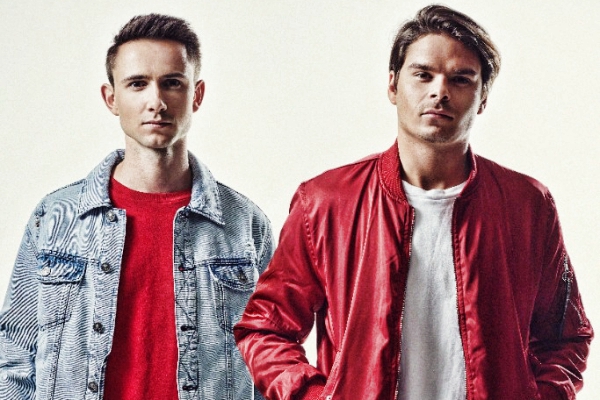 Lucas & Steve – ‘Where Have You Gone (Anywhere)‘ – After enjoying a highly successful summer, including the release of their widespread hit ‘I Could Be Wrong‘ (a collab with US singer Brandy), acclaimed Dutch duo Lucas & Steve now returns with the ultimate feel-good track ‘Where Have You Gone (Anywhere),’ an upbeat vocal club tune that features the duo’s trademark energy and good vibes. It’s officially out now on Spinnin’ Records.

The record will probably ring a bell with Lucas & Steve‘s fans, as the instrumental version of this track already made waves this summer, as part of an exclusive EP. With so many positive responses on this particular track, the guys went back into the studio to record a new vocal version, resulting in this ultimate feel-good song.

At the moment, the duo is preparing for the Amsterdam Dance Event, where they’ll be hosting their own two parties. First, the sold-out Skyline Sessions event in Q-Factory on Friday, October 19th, followed on Saturday, October 20th by Skyline Sessions ‘Under 18’ at the 538 Hotel. Besides this, they guys will also be presenting a Studio Session, explaining about how they produce their music, and performing at Spinnin’ Sessions, Firebeatz & Friends and Throttle Presents Dirty Disco.