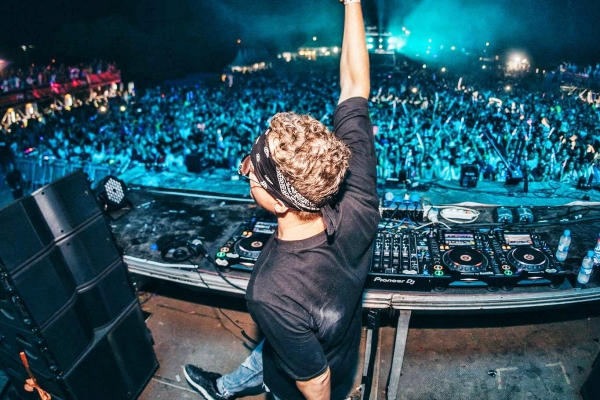 Kryder – ‘Billionaire‘ – Known worldwide for his own releases on labels such as Axtone, Spinnin’ and Subliminal, as well as running his very own Kryteria label and radio show syndicated to over 100 FM stations, Kryder has teamed up with Grammy award-winning singer, songwriter and producer Sam Martin, who has written for the likes of Jason Derulo, Maroon 5 and Ziggy Marley. Having premiered on Spinnin’ Records’ After Summer Mix, this release showcases Martin‘s stunning tone and Kryder‘s diversity in the scene.

Spectacular vocals from Sam Martin are no surprise on this track, as he injects a proud and raw passion into the lyrics and compliments Kryder‘s expert production sublimely. The release is hugely powerful, drawing on a dark side of pop influences and enhanced by an undeniable strength to the solid kick and controlled big room quality, paralleling the captivating solidity of Martin‘s vocal. Each element amalgamates to form a powerful foundation for this track, which escalates into a release destined for industry success.

Having already garnered support from the likes of Pete Tong, Fatboy Slim and Steve Angello throughout his career, Kryder is up there with some of the top producers of the electronic scene. With Sam Martin‘s feature on David Guetta‘s stellar hit ‘Dangerous‘ achieving over 300 million Spotify listens, this huge collaboration is sure to rocket up the charts and impress across the dance scene and beyond. Grab your copy of ‘Billionaire,’ out now via Spinnin’ Records.