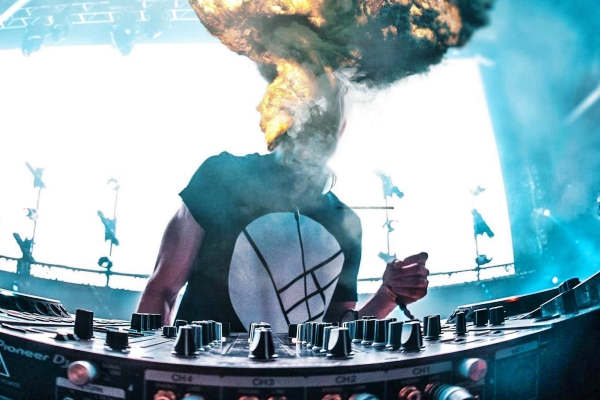 Supported by the likes of Diplo, Skrillex, Marshmello and Flosstradamus, Herobust (real name Hayden Kramer) has received widespread praise for his explosive trap-inspired beats, including the mainstage banger ‘Skurt Reynolds‘ (over 5 million Spotify streams). The remix package precedes Herobust‘s upcoming Not Your Average EP, which is due out later this year.

Having wrapped up phase 1 of his WTF Tour, the Atlanta-born DJ and producer recently announced phase 2 dates, which will see his hectic schedule expand well into 2019, taking in parts of the US, Australia and New Zealand. Cementing his reputation as one dance music’s most exciting acts on the scene right now, the fast-rising talent of Herobust knows no ends. The ‘WTF‘ VIP + Remixes package is out now.