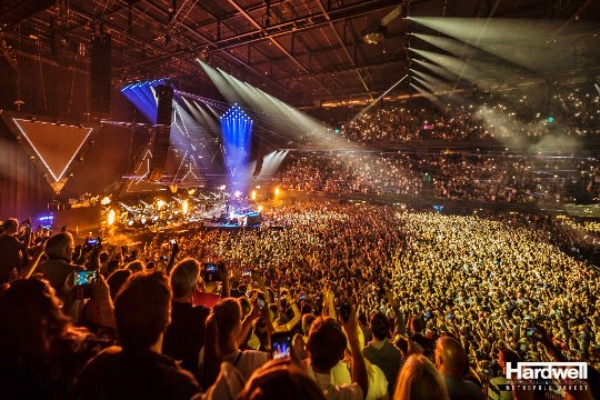 Hardwell & Metropole Orkest 2018 Final Show – On Thursday night (18th October), Hardwell gave his tentative last show in the Ziggo Dome in Amsterdam. Together with the Metropole Orkest, the DJ took his audience on a journey through the history of dance music with the show Symphony; The Global Revolution of Dance.

After the spectacular orchestral opening by the Metropole Orkest, Hardwell took to the stage and started with the first symphonic episode of the show performing music from 1978 until 1998. He opened the show with Donna Summer‘s ‘I Feel Love‘ followed by classic hits like ‘Sweet Dreams‘ by Eurythmics and the legendary ‘It’s Like That‘ from Run-DMC. He followed this with an ongoing stream of anthems from the period between 1998 and 2008. In the third part of the show Hardwell covered music from 2008 until the present day and ended the show with the recently released collaboration ‘Conquerors‘ he did with the Metropole Orkest.

Hardwell & Metropole Orkest – Symphony: The Global Revolution of Dance was developed, created and directed by Fourmation Entertainment and was produced by MOJO in cooperation with Sorted Management and Amsterdam Dance Event.