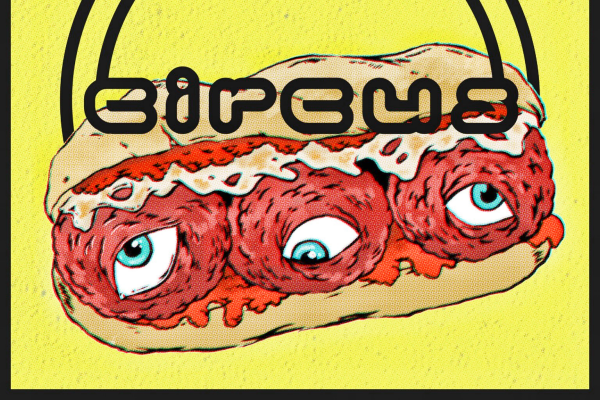 Jasha Tull aka Space Jesus has been mesmerizing bass music fans worldwide with his supremely twisted brand of extra-terrestrial electronics and dynamic live performances, supporting Tipper, Big Gigantic, Zeds Dead, Die Antwoord, Rusko, Shpongle, Infected Mushroom and Feed Me and appearing at Tomorrowworld, Shambhala, Mysteryland and venues around the world. Alongside a wealth of solo releases, he has collaborated with and remixed Snails, Liquid Stranger, Minnesota, Honeycomb, Eseeks and Mr. Bill into spread his distinctive style as wide as possible.

Keeping his foot firmly on the gas, ‘Meatball Parm‘ is Conrank‘s second collaboration of 2018, following the blistering ‘Easy Does It‘ with Bassnectar for the Reflective part 3 project. His recent Circus Records slammers have picked up support from 12th Planet, Excision, SPL, Bro Safari, Bassnectar, N-Type, Downlink, Crizzly, Run DMT, Figure and a whole load more, all eager for a piece of the trademark Conrank dubstep grit and grimy brutality. Conrank will join Space Jesus on his extensive US tour this fall, traversing the country to level venues and bust heads.