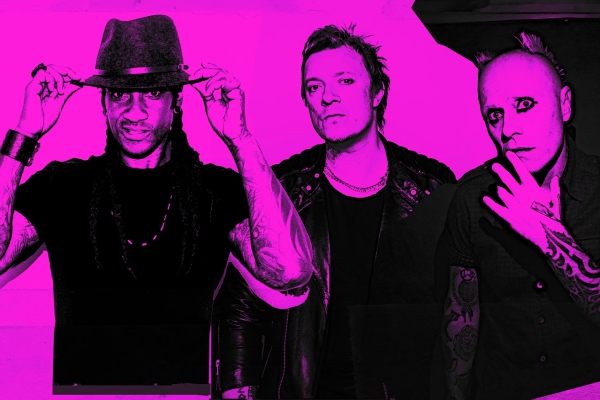 The Prodigy – ‘Light Up The Sky‘ – ‘Light Up The Sky‘ is the explosive new single from The Prodigy, the second track to be lifted from the band’s much-anticipated seventh studio album, No Tourists (out November 2nd). The band has also confirmed details of a twenty-date winter tour, which includes two dates at London’s Alexandra Palace on November 14th and 15th.

‘Light Up The Sky‘ without doubt illuminates the urgency and danger that has continually defined The Prodigy throughout their career, an attack of acid rock in which guitars combine with 303 mayhem, Maxim’s spitting vocal and an uplifting chorus from long-time contributor Brother Culture.

Following returning track ‘Need Some1,’ and arriving today alongside an arresting video that features imagery that directly links to the album sleeve, ‘Light Up The Sky‘ is a visceral introduction to the world of No Tourists, an album that takes you on a journey through the twisted, party-hard psych of a band that has resolutely followed their own route through the underbelly of popular culture since day one. It’s every inch a Prodigy record and it’s their most direct, concise and pure statement yet.