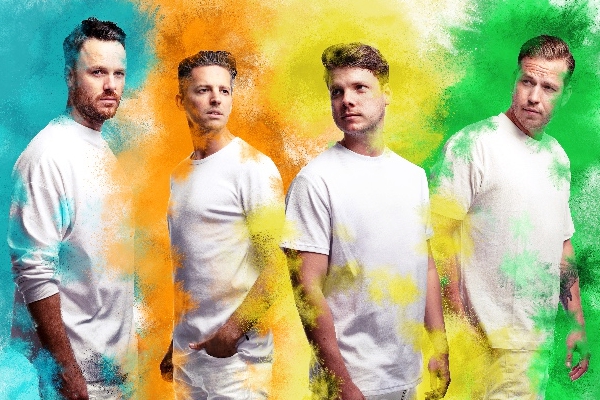 METAFO4R – ‘Best Part of Me‘ – What do you get when the internationally well known and successful DJ duo’s Firebeatz and DubVision partner up? You get METAFO4R bringing attitude. The first official single they release as a quartet is ‘Best Part Of Me.’

The track starts with a dense but playful pounding beat, grabbing attention and setting the tone. An authentic heartfelt vocal takes over telling a love story, trying to redeem the one he loves so much. It’s convincing and loving, guiding you into the powerful built up which explodes into an ecstatic and raving drop. The perfect metaphor for the intensity and amount of love he feels for his girl.

‘Best Part Of Me‘ is a superb festival anthem, inspired by the rave culture, its catchy and knows how to win over any crowd. METAFO4R made their very first live debut as a supergroup earlier this year on EDC‘s kineticfield stage in Las Vegas, followed up by Tomorrowland‘s mainstage where they dropped more than 20 IDs during their set.