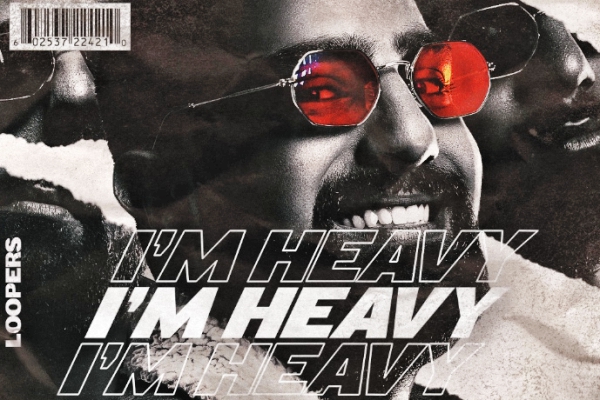 Loopers – ‘I’m Heavy‘ – With massive hits this summer like ‘Drummachine‘ and ‘All On You,’ Loopers has been on sensational form recently. He continues his immense run of innovative dancefloor bangers with the release of ‘I’m Heavy,’ another thumping slab of dancefloor ingenuity for STMPD RCRDS.

Propelled by the most thumping of all bass sections, ‘I’m Heavy‘ is a typically hyperactive Loopers production, bursting at the seams with ideas and clever production technique. Continuing in the vein of some of his other recent Prodigy-flavoured tracks, it mashes up ravey breakbeat sections with pitched-down rap vocals, snarling synth blasts and spicy FX. You could maybe label it as bass house but that doesn’t come close to describing.

Loopers‘ massive ‘Game Over‘ collab with STMPD boss Martin Garrix has had over 12.5 million Spotify streams to date, while Pika Pika alongside Steve Aoki picked up a cool 2.5 million plays. He closed Garrix‘ ADE 2017 show at the enormous RAI Amsterdam and is set to do the same this October after impressing so much last year. With remixes for the likes of Rihanna and DJ Snake also under his belt, he is one of the most promising producers in the game right now.