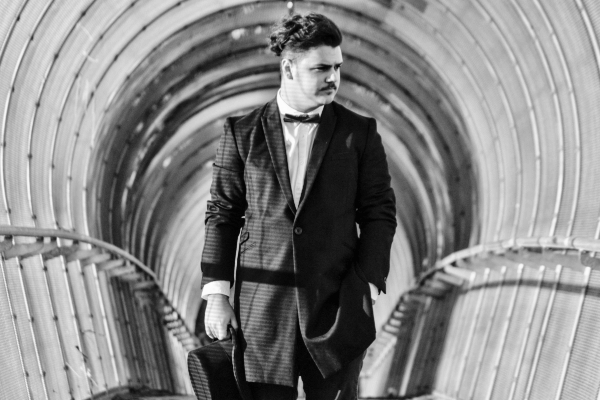 Just A Gent & T$oko – ‘VIBE‘ – Announced on the FOMO 2019 line up earlier this week, Just A Gent today unveils his killer new single ‘VIBE‘ featuring the vocals of Zimbabwean born, Perth based rapper T$oko. The two have collaborated over the internet to create in no shorter terms: a party starter. After recently keeping busy remixing both Chance the Rapper, ZHU and Tame Impala‘s collaboration ‘My Life,’ Just A Gent is back with ‘VIBE,’ taken from the young Maitland producer’s sophomore EP titled http://EP, set for release in November.

Just A Gent‘s music has racked up over 25 million online streams with releases like ‘You’ll Never Know (featuring MOZA)’, which raked in over 3.9 million plays on Spotify, infectious crowd pleaser ‘Hold‘ featuring acclaimed songwriter Thief and the 2018 heavy hitting banger ‘404.’ The 21-year-old producer recently returned from performing at the Splash House Festival alongside What So Not, Set Mo and Hayden James as well as joining San Holo on his sold out North American tour in late 2017.

Just A Gent‘s debut EP from 2016 ‘Stories to Tell‘ has amassed over 15 Million streams on Spotify alone including his hits ‘Heavy as a Heartbreak,’ ‘Rolling Dice‘ and ‘Loaded‘ which were all added to Triple J rotation and took him to #1 on Hype Machine. His jaw dropping Triple J Like A Version took on Kid Cudi‘s ‘Day N Nite‘ bringing in over 1 million views and was an overwhelming listener favourite from 2016.

‘VIBE‘ is a party starter from start to finish, get ready to start the party with Just A Gent this summer as he takes new music around the country!