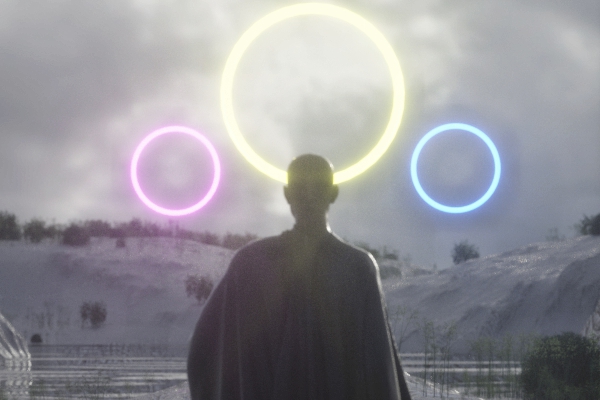 Egzod – ‘Atman‘ – Egzod invites you to listen to your ‘Atman.’ ‘Atman‘ is a word from Ancient India that is equated to inner self or soul; the true self of an individual. Discover who you really are, find your purpose, and leave behind you footprints on the sands of time.

Though Atman holds true to the “spiritual journey” associated with Egzod‘s music, it’s arguably his heaviest release yet. Throughout the versatile EP, filthy bass lines interweave through melodic soundscapes. The musical themes are emotional and epic, and the drops are nothing short of monumental.

Additionally, one of the most unique aspects of the release, is the apparent influence of world music. ‘Atman‘ features myriad real instruments, including the Bansuri, Sitar, Asian chants, Chime, Shamisen and various Indian percussion instruments. The cinematic vibe evokes visualizations of eastern landscapes, and truly speaks to the soul.

Egzod headlined his first show in late 2017, has opened for Minnesota, Big Chocolate, Madeon, Said The Sky, Feed Me and Whethan, while also performing at EDC Orlando, all in the same year. He will finish the year with his 2nd festival performance at EDC Orlando 2018. Egzod and NCS are scheduled for another big release early 2019, with more to come before and after.