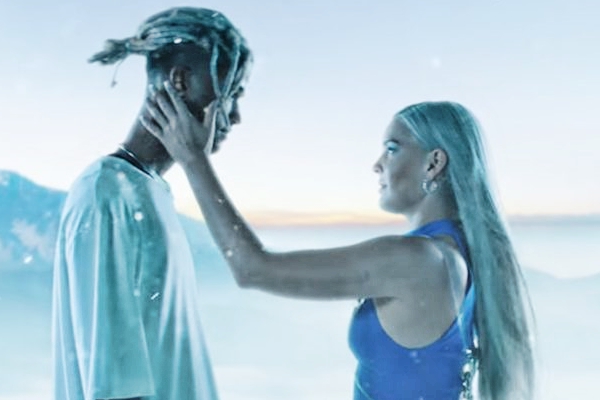 The video, directed by Hannah Lux David, who has shot David‘s video for ‘Hey Mama,’ which has currently amassed 1 billion views, amongst other music videos for stars like Ariana Grande, Halsey, Demi Lovato, Lil Wayne and Nicki Minaj. Beautifully shot and composed, the video for ‘Don’t Leave Me Alone,’ explores different worlds as Anne-Marie is transported into a virtual reality.

Set in a new digital age, where the world is devoid of any real human connection, Anne-Marie escapes her mundane life through a headset and finds herself in a place of infinite dimensions. From strobe-lit dance floors, to picturesque forests and bitter mountaintops, there she meets the projection of her ideal partner. The pair experience a whirlwind virtual romance with the video drawing to a close as Anne-Marie enters back into reality.

Last week, the first remix pack for ‘Don’t Leave Me Alone‘ was released featuring reworks of Guetta himself, R3HAB, Sidney Samson and Tom Staar. David is currently heating up stages all over the world, including in Ibiza with his two weekly residencies at Ushuaïa and Pacha.