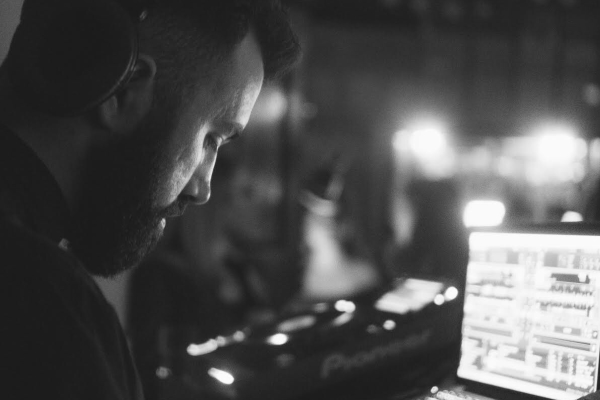 Based in the UK and founded off a mission to bring the EDM community the finest electronically infused pop music, Paradise Circus is the new, bright label that is delivering just that with debut release of DeModa and Jafé‘s ‘Her(e).’

This is the first release on Paradise Circus and it is a powerful start to say the least! Garnering over 30,000 streams on SoundCloud alone, this young label definitely has potential. In part, this early success is thanks no less to the strong collaboration between producer DeModa and world-renowned musician Jafé.

DeModa has had years of live musical talent, performances around the world and a presented ability to produce original work. If we pair that with Jafé‘s cultural experiences, musical background and an openness to an eclectic variety of sounds, it was a destined collab in the Paradise Circus.

Between the two of you, how did your rich experiences and varied musical backgrounds contribute to the making of ‘Her(e)’ and what was the creativity involved?

Jafé: DeModa brought the foundation of the song to the table, and we were just excited to create and see what happened. We had no real expectations, just knew that our differences had the potential to create something really interesting. I appreciate him for giving me space on the track to do my thing and trusting me as the words and the voice of this song.

DeModa: I was raised in New York on 90’s Hip Hop and 80’s R&B, and crossover bands like Linkin Park and Deftones. Originally, the early version of ‘Her(e)’ had a bit of that Brooklyn R&B and Deep House flare, and once it met with Jafé‘s soulful voice and rhythm, the 90s Hip Hop I grew up listening to poured out of me seamlessly creating that boom-bap flow you hear right off the bat.

‘Her(e)‘ is the first edition to Paradise Circus and like the labels mission, the track definitely offers a pop, late-summer jam. The track fizzes with summery rhythms and youthful melodies, with soulful vocals, smooth guitar riffs and captivating hooks.

What keeps ‘Her(e)‘ fresh, while also separating the track apart from other electronically infused pop productions of this age is the songs live instrumentation between a poppy saxophone and carefully timed guitar playing.

While the track holds a reminiscence to the 80s, it also manages to snap us back to the evolved today. Who steals the limelight with the saxophone, the vocals and what was it like involving so much live instrumentation in the track?

Jafé: Well, personally, I always record live instruments no matter how electronic a song may be. It’s a natural part of my process and DeModa and I knew we were gonna be putting some of my guitar licks in there to compliment my vocals. The live instrumentation puts the soul back into it – you can feel the person behind it instead of just programing, and that’s affects the listener on a subconscious level. You’ll hear more of that on my debut album dropping January ;). We’re just both artists who have very little interest in doing what other people are doing and creating our own lanes.

DeModa: Obviously those soulful vocals belong to none other than the Royal Rocker himself, Jafé. I’ve always experimented with live instruments in my electronic productions, so it’s nothing new. The saxophone is a different story, however. I took 3 different saxophone solo lines, and I chopped them into ¼ measure samples and mixed them around and together until I came up with what you hear today.

One half of the collaboration is DeModa and this is an artist who journeyed quite some time. Since the age of 12, he has been learning to play instruments ranging from the drums to the piano and he has gained many experiences performing on stage. Not only does the New York based artist have a strong history, but he is also known and recognized across a variety of areas across the EDM Soundscapes.

DeModa, what does this release mean for you and what was it like working with Jafé?

Working with Jafé was an incredible experience. Some collaborations are difficult and very one-sided, but not this one. Jafé is a musical genius. He makes the process of writing seamless and fun. This release was a step in a different direction from my usual pop stuff, but a step I’ve always wanted to take. My next few releases will be more pop-leaning, however I’d love to revisit the boom-bap/funk stuff someday.

Jafé, as a musician and cultural keeper of sorts, you’ve been raised around a multitude of musical styles, philosophies and live instrumentation. You’ve picked up a percussive lead/rhythmic style of guitar playing and have been performing for many years alongside solo and group projects.

Across all your travels, learning and musical training, what has given you inspiration across your releases and projects, Jafé? What was it like learning from DeModa and blending your original work with his?

My life. I feel extremely honored to have been raised around so much art and culture, and it’s resulted in a very strong connection with my spirit. I let spirit lead me and create through me. I use my music as a healing method – all of my triumphs, tribulations, heartbreak, oppression, my ego, all of it. Every lyric has been lived, this ain’t no gimmick.

Working with DeModa was incredible and helped me prove to myself that there is no limit to the genre and types of music I can and will create throughout the rest of my career. I never thought I’d be on a pop/house/funk track, but this song bangs! #NoGenreLeftBehind.

I want to thank you both for taking the time to speak with me on behalf of EDM Joy on your collaborative release ‘Her(e).’ It’s an exciting time for the label and the both of you, I can only assume! With such originality, unique flavor, powerful production and instrumentation, fans will definitely be excited to see what comes next!

Follow DeModa and Jafé below and show some support for the youthful label Circus Paradise, as it will soon likely bring more bright electronically infused pop music to the speakers of thousands!