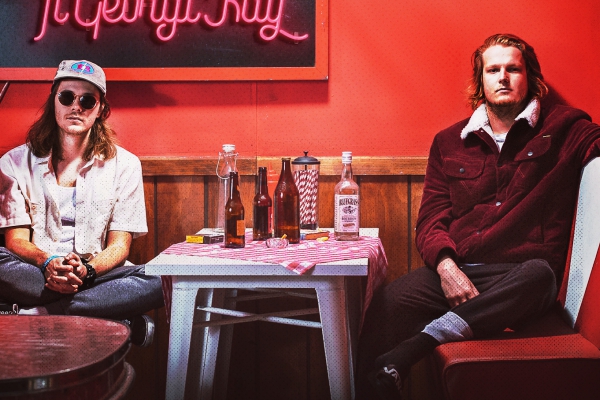 Carmada – ‘Lay It Down‘ – Australian super-duo Carmada, made up of multi-platinum selling producer L D R U and tastemaker Yahtzel, are back with a new original single, ‘Lay It Down.’ The track features silky vocals from multi-award winning artist Georgi Kay, best known for her vocals in the club anthem ‘In My Mind‘ by Ivan Gough and Feenixpawl (and the beloved Axwell remix). ‘Lay It Down‘ is out now via Insomniac Records, marking Carmada‘s first original release since the wildly successful ‘Ready For It.’

Filled with upbeat melodies and smooth vocals, ‘Lay It Down‘ is a beautiful future bass track that perfectly illustrates Carmada‘s signature style and high-class production. The track is loaded with electrifying synths and tasteful electro swings that lead to a very high-energy and euphoric drop.

Carmada has been making huge waves in the U.S. this summer with insane performances at festival stages including HARD, Electric Forest, Stereosonic and more as well as a notable 2017 collab with LAs own NGHTMRE for hit track ‘Embrace‘ via Mad Decent which has garnered over 1.5 million streams on Spotify. The powerhouse Australian duo has a packed year ahead of them with plenty more massive performances on the way.