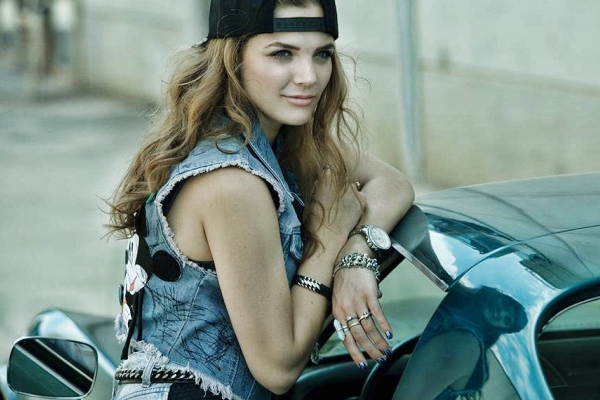 Sophie Francis – ‘Stay Up‘ – Dutch DJ and producer Sophie Francis is back with a fresh new tune taking us to the next stop on her already impressive journey to the top. With her new single ‘Stay Up,’ Sophie presents a feel good love letter winning over all our hearts. The track is opened by a joyful whistle, tender piano cords, summer felt guitar riff and a warm and devoted male vocal. Its melodic beat intertwined with uplifting and bouncy synth stabs, makes you want to sing-a-long and stay up all night!

The 19 year old talent Sophie Francis has shown nothing but determination since the early age of 14 and her hard work definitely paid off. With her zen-like mastery of work, she managed to put herself on the map as one of the hottest upcoming DJ and producer while acing high school at the same time. Sophie won over the hearts of many media, who titled her The Dutch Teen Sensation, The Next Best Thing and The Female Martin Garrix, when writing about her story. Spotify Netherlands named her one of the 25 Most Influential Artists Under 25, making her the youngest of the bunch next to artists like Oliver Heldens and Martin Garrix. Billboard labeled her One Of The Best Female Dance Acts To Watch.

Fast forward to 2018, she is now successfully graduated from high school and touring around the globe. This true bona-fide rockstar on stage can include a long string of gigs to her impressive touring schedule, including shows in Asia and major festivals such like Ultra Music Festival in Miami, mainstage at Ultra Music Festival in Korea, Storm Festival and mainstage at EDC in China, Parookaville in Germany and Tomorrowland in Belgium to name a few. Besides a string of gigs, she can also add a string of splendid releases to her name since her debut release back in early 2016. Tracks which received support by industry heavy weights such as Tiësto, David Guetta, Dimitri Vegas & Like Mike, Quintino, Blasterjaxx and Ummet Ozcan.

Now Sophie‘s next stop on her journey to the top, comes with her new release ‘Stay Up,’ out now on Spinnin’ Records.