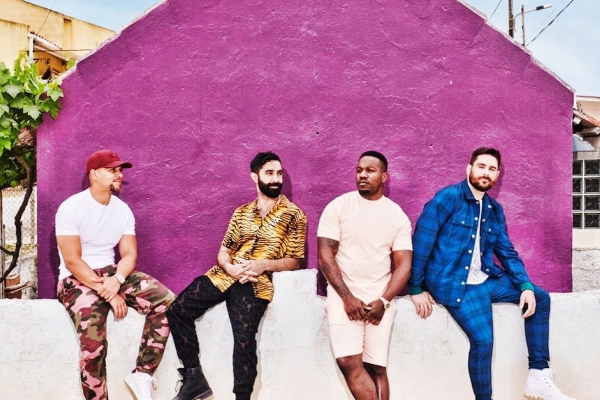 ‘Let Me Live,’ which features on Rudimental‘s third studio album, TOAST TO OUR DIFFERENCES, marks one of the hottest collaborations of the year. Featuring new-school pop sensation Anne-Marie – signed to Rudimental‘s Major Tom‘s imprint and widely regarded as the year’s biggest breakout UK artist with debut album Speak Your Mind, entering the UK Album Charts at #3 – and rising Afro-Beat star Mr Eazi, as well as additional vocals from 5-time Grammy-winning South African choral group, Ladysmith Black Mambazo, ‘Let Me Live‘ is a feel-good, bold and emphatic celebration of taking back control.

The official video, shot on location between London and Johannesburg by South African director Chris Saunders, bursts with joy, exploring the mood and themes of ‘Let Me Live‘ through colour, dance and movement. Beginning in London, Anne-Marie is transported from a grey, uninspiring day on the streets of London to a bustling, vibrant street party in Johannesburg, where she joins a troupe of local dancers. Inspired by South African street culture, and in particular Pantsula – a hi-energy dance form originating in Johannesburg – and Durban‘s Gqom music scene, the video reaffirms Rudimental‘s willingness to spotlight local cultures, dropping as a truly global and shared celebration.