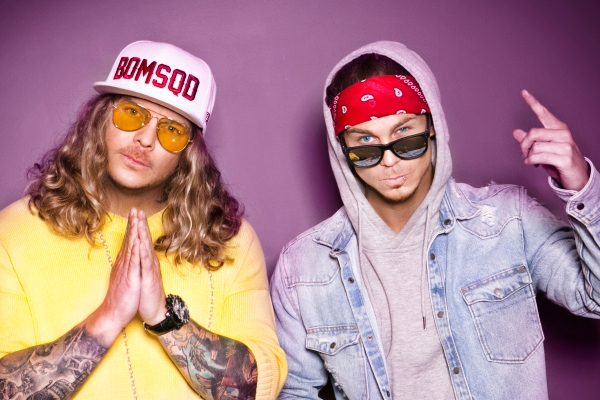 Bombs Away – Fragments – If you take a look into the long-standing career of Bombs Away, not many artists are able to boast the successes the Australian musical duo has achieved. Their well-known unique sound have earned them two platinum records for ‘Super Soaker‘ and ‘Party Bass,’ gold for ‘Big Booty Bitches,’ ARIA nominations, countless ARIA club chart top 10s and a #1 on the US viral charts. Recently, the duo have established a new direction in sound dropping two impressive pop cross-overs ‘Like You‘ Featuring Elle Vee and ‘Let You Down‘ featuring Sunset City, now, Bombs Away are ready to present to you further into their new production with the duos debut album, Fragments out June 29th.

Fragments is a 13-track journey that delves deep into the familiarity and growth in songwriting and production Bombs Away have experienced throughout their career spanning 8 years. Fragments features an array of local and upcoming artists such as Shadow Aspect, Backchat, Sru, Myah Marie plus Sunset City and Elle Vee who each feature on two tracks off the album, ‘Let You Down‘ and the 2017 radio hit ‘Like You.’

Becoming prominent artists among global tastemakers it doesn’t come as a surprise that Bombs Away’s long-awaited debut album is filled with hit after hit. Fragments is a body of work that truly defines their refined production techniques that could only be learnt by working among the slew of artists that they have. After collaborating with Pitbull, Krafty Kuts, The Potbellezz and Luciana, the duo is ready to display their global reputation they have built on Fragments.

To celebrate the release of the debut album, Bombs Away will be releasing a two-disc CD featuring exclusive album tracks only available on the physical product, unheard remixes of past hits such as ‘Super Soaker,’ ‘Get Stoopid‘ and ‘Party Bass‘ and unreleased remixes of the biggest singles off the album. The debut Bombs Away album Fragments is out via Central Station Records on June 29th.