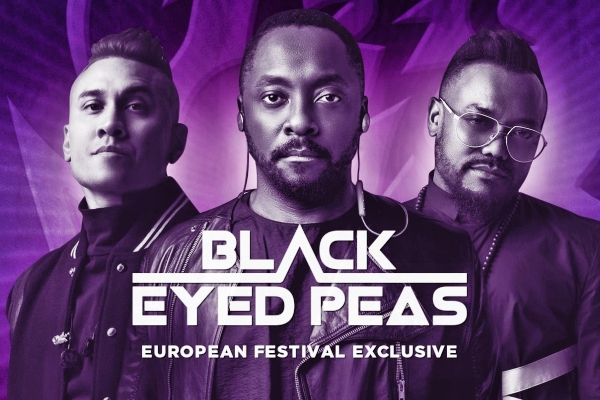 Untold Festival 2018 – Black Eyed Peas Lineup – Besides all the fan-favorites who will be preforming at Romania’s Untold Festival, The Black Eyed Peas will definitely be one of the highlights of the 2018 line-up. Untold Festival announced that the band will perform on the mainstage on Sunday August 5th and that it will be the only performance of the global superstars in Europe for 2018.

In an era of an ever-changing music industry that’s defined by diminishing expectation, where “successful” means having maybe two hit records; ‘The Black Eyed Peas‘ is a glorious exception.

The Black Eyed Peas is one of the best-selling, most beloved and – judging the 75 million sold records – one of the most popular bands of all time. They transformed themselves from backpack rap troop, into massive global superstars. The party anthem ‘I Gotta Feeling‘ has collected one of the most impressive honors in the music industry and just received the most wanted status in the USA: Diamond. (meaning 10 million sales/streams)

Untold Festival has firmly established itself as one of the world’s most iconic festivals for electronic music. Over 300.000 people attended last year’s four-day event and this year Untold has sold already over 65.000 4 day-passes.

Make sure to be a part of the world’s most epic Festival in Romania and to catch the only show of The Black Eyed Peas in Europe in 2018.